How important is magnesium for athletes? New research suggests that even minor deficiencies in magnesium intake can slow sports performance. Keep reading and you will learn much more about this mineral.

Ask any athlete to name the key minerals to boost performance, and they will most likely mention calcium, iron, zinc and perhaps even chromium. But it is unlikely to mention magnesium. Despite the important role of magnesium in energy production, many coaches and athletes have no idea of its vital importance for maintaining health and performance.

It is a fact that magnesium intake has fallen by less than half compared to recorded income 100 years ago, and continues to decline. Nevertheless, many scientists say that the amount of magnesium needed for optimal health has been underestimated in the past, and new research suggests that even small deficiencies in magnesium intake can seriously harm sports performance. Obviously, no serious athlete can overlook magnesium intake!

Pure magnesium is a silvery white metal that burns with a brilliant luster – something you’ve probably seen in chemistry lessons. It is the second most abundant mineral in cells, immediately after potassium, but approximately 57 grams found in the human body are present not as metal but as magnesium ions (positively charged magnesium atoms situated either in solution or complexed with other tissues, such as bone).

About a quarter of this magnesium is found in muscle tissue and three fifths in the bones; but less than 1% of it is found in blood serum, which is used as the most common indicator of the state of magnesium. 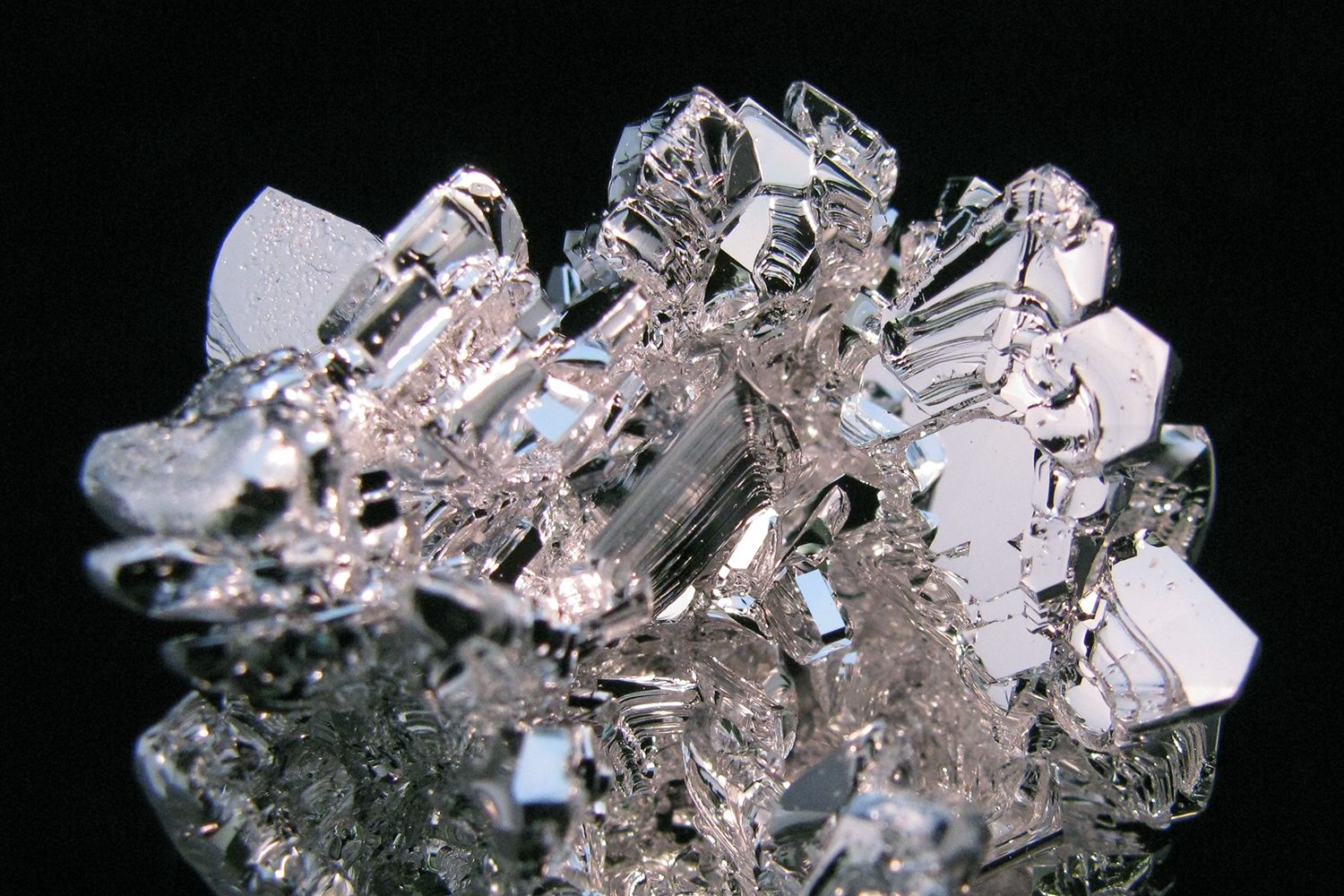 Magnesium is the eighth most abundant element in the Earth’s crust, although its elemental form has not yet been found. Magnesium blood serum can be further subdivided into free ions, complex and protein-bound portions, but it is the ionic portion that is considered to be most important in the measurement of magnesium levels because it is physiologically active.

Magnesium is also found in unrefined whole grain cereals, as whole grain bread, and also in green leafy vegetables, nuts and seeds, peas, beans and lentils (see table below). Fruits, meat and fish are supplied with low levels as well as refined foods.

The general idea that milk and dairy products are a rich source of magnesium is a mistake. The magnesium content of plant foods tends to only reflect the concentration of this mineral in the soil and the growth conditions of the soil in general, since especially magnesium is not routinely used by farmers during intensive fertilization. (1)

Magnesium is a well soluble mineral, which is why cooking vegetables can result in significant losses; for cereals and grains, it tends to be concentrated in germ and bran, explaining why white refined grains contain relatively little magnesium compared to unrefined. 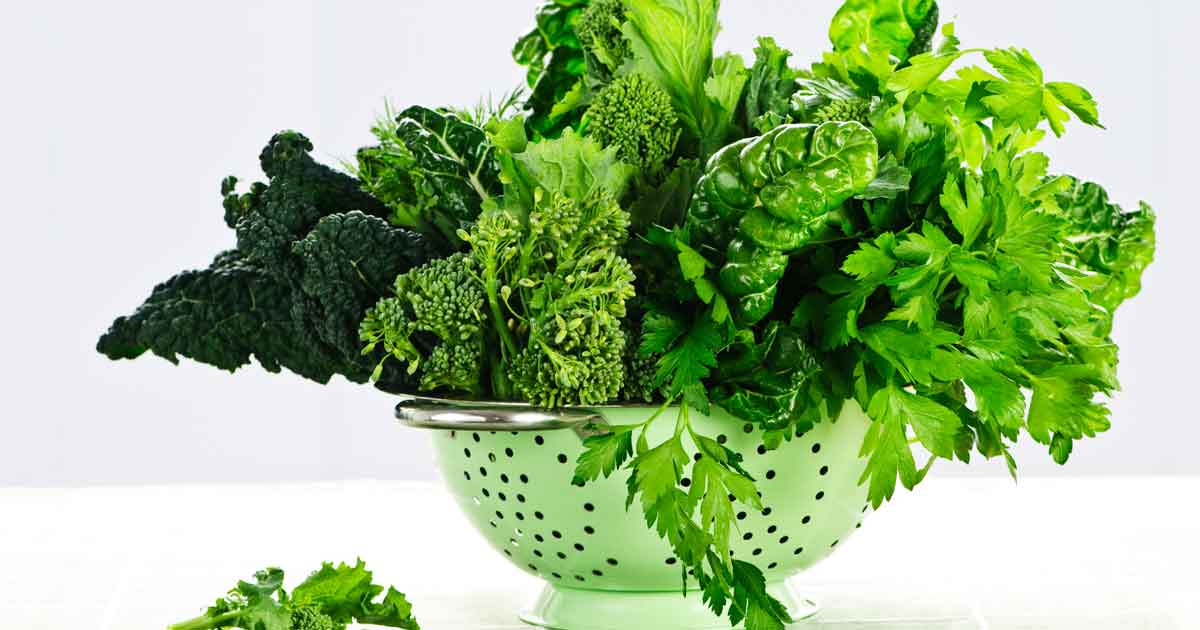 THE ROLE OF MAGNESIUM IN THE BODY

Magnesium plays a number of roles in the body, it is needed in more than 325 enzymatic reactions, including those involved in the synthesis of fats, proteins and nucleic acids, neurological activities, muscle contractions and relaxation, heart activity and bone metabolism.

Even more important is the key role of magnesium in both anaerobic and aerobic energy production, especially in the metabolism of adenosine triphosphate (ATP), the “energy currency” of the body. If someone was interested in how we were able to summon energy to perform many activities under different conditions, the answer is largely ATP. Without ATP, the body would simply not function.

ATP synthesis requires magnesium-dependent enzymes called “ATPases”. These enzymes must work very hard: the average person can store no more than about 85g of ATP, but during strenuous exercise, the rate of ATP turnover is phenomenal, as 15 kg of ATP per hour is broken up and reformed (from adenosine diphosphate and phosphate)! 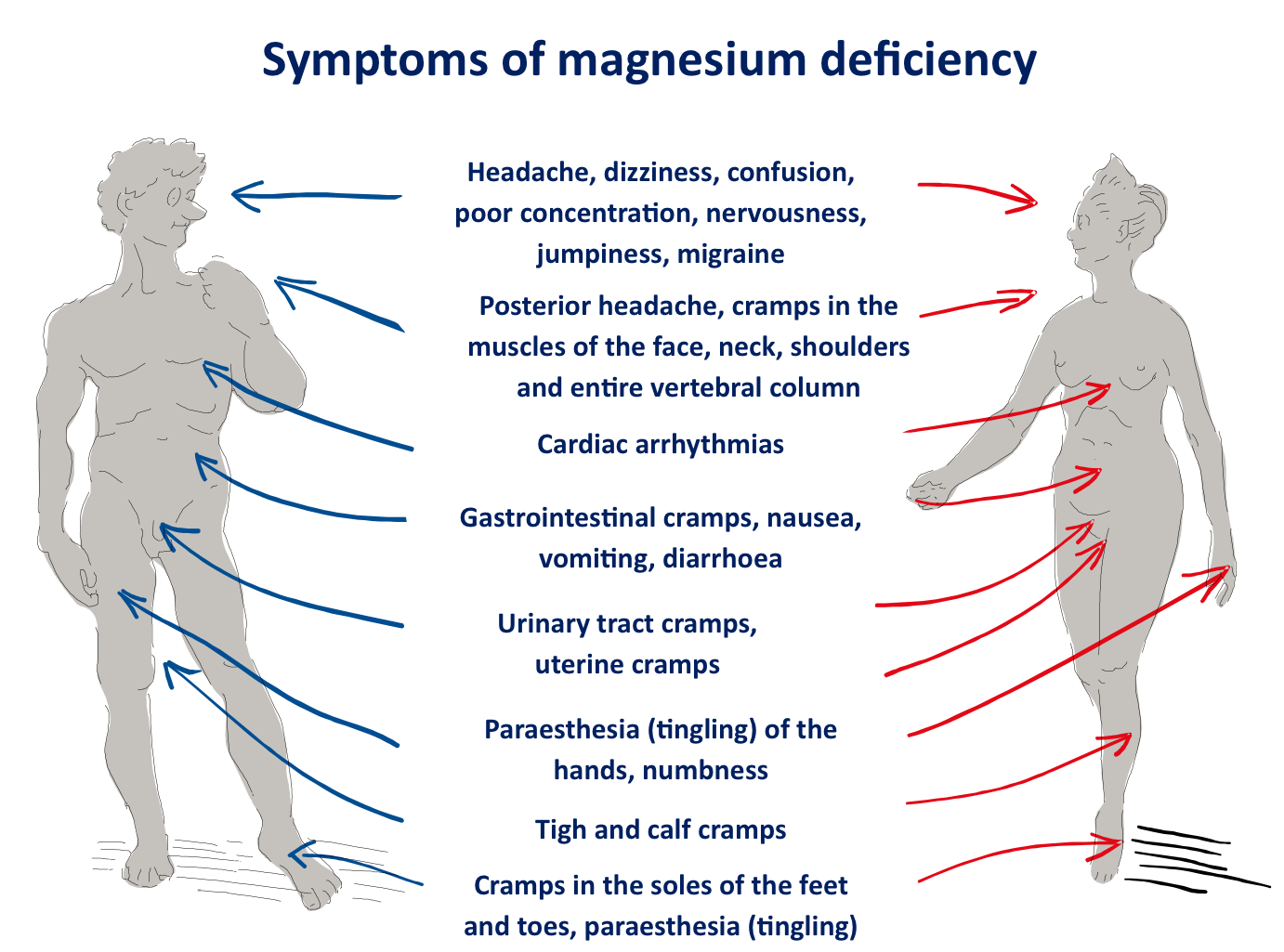 The United Kingdom recommends that magnesium intake (a daily amount considered sufficient to prevent a deficiency in 97.5% of the UK population) should be set at 300mg for men and 270 milligrams for women (7). The US has recently revised its numbers up and now recommends intake of 400mg per day for men aged 19-30 and 420 mg for people over 30 years of age. The numbers for women over 30 are 300 and 310 milligrams per day (8). However, some researchers believe they should be set even higher, 450-500mg / day (9).

MANY PEOPLE HAVE A LACK OF MAGNESIUM

Magnesium dietary intake has been decreasing over the last 100 years from about 500 mg / day to 175-225mg / day (10), and recent research has indicated that the average magnesia intake in women is very low at 228 milligrams per day (11). However, since this figure is derived from the one-day nutrition for recovery, actual magnesium intake may be overestimated (12). 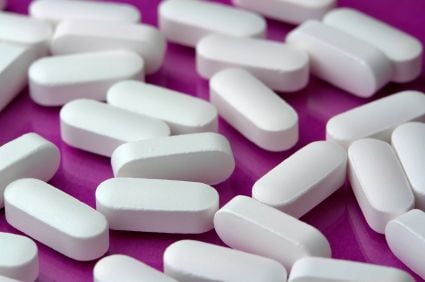 Meanwhile, the Food Standards Agency in the UK estimates that the average daily intake of magnesium for both men and women is only 227 milligrams – just two-thirds of the recommended daily dose (RDA).

The above data shows that many people do not achieve optimal magnesium intake, as confirmed in a number of studies. For example, American scientists have found that more than 60% of adults did not accomplish the previous (below) RDA for magnesium (13).

LACK OF MAGNESIUM IN ATHLETES

Even athletes who could be expected to be more careful about their diet are not immune to the lack of magnesium. For example, a 1986-87 study found that gymnasts, footballers and basketball players consumed only about 70% RDA (14), while female runners were even worse, with a recorded income of about 59% RDA (15). 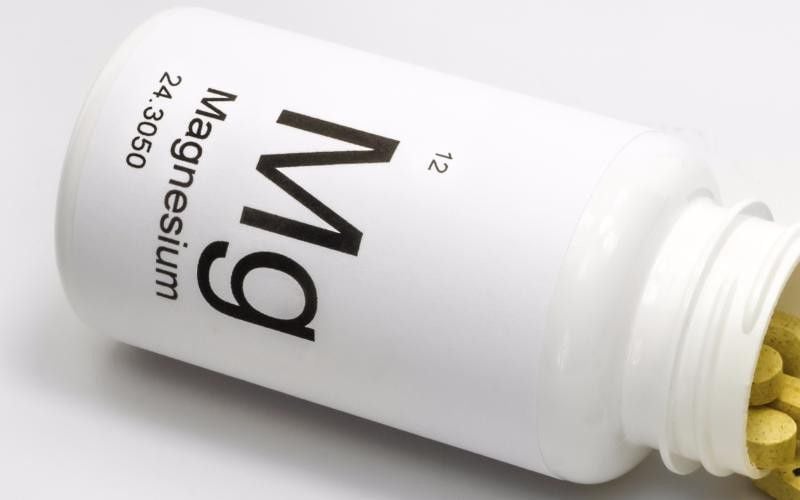 Given the important role of magnesium in energy production, it became clear that:

While there is much evidence that oral magnesium therapy improves cardiac function and exercise tolerance in patients with ischemic heart disease (16, 17),until recently there has been little evidence of the effects of suboptimal magnesium uptake in healthy adults.

In a very strictly controlled three-month study conducted last year, the effects of magnesium depletion during sports performance were observed in 10 women – the results were fascinating (18). 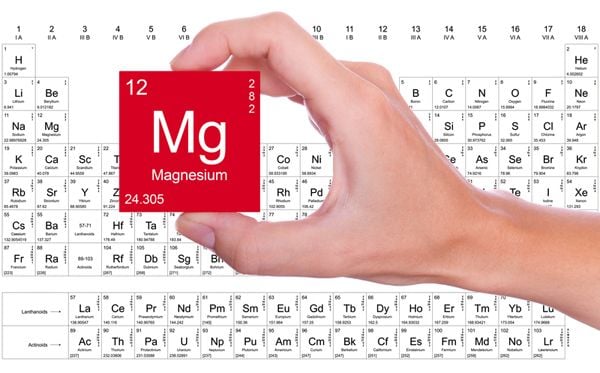 At the end of each month, women were asked to increase their cycle until they reached 80% of their maximum heart rate when a large number of measurements were taken including blood tests, ECG and respiratory gas analyzes.

The researchers found that for the load, oxygen consumption, total and cumulative use of pure oxygen, and heart rate increased significantly during the period of magnesia limitation. In simple terms, lack of magnesium reduces metabolic efficiency, increases oxygen consumption and the heart rate required to exercise – exactly what athletes don’t want!

There is also evidence that the lack of magnesium increases energy consumption, oxygen consumption during exercise, reduces the efficiency of muscle relaxation, which accounts for an important fraction of the energy needed in sports such as cycling (19). 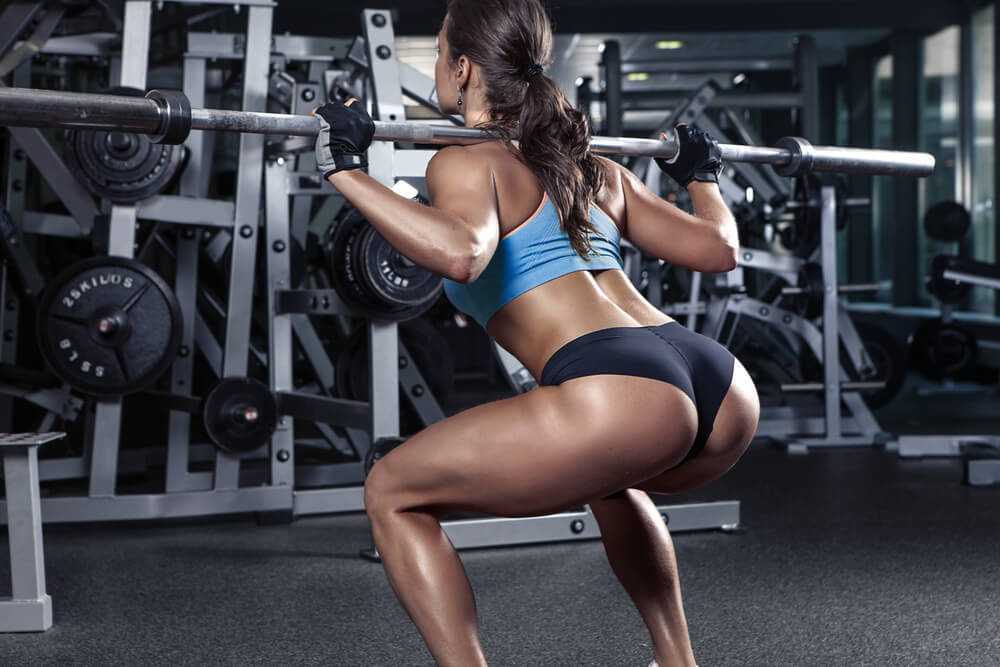 One study of male athletes who took 390mg of magnesium for 25 days resulted in an increase in oxygen intake and performance in load training (20). The second study with magnesium supplementation led to a reduction in pulse, ventilation, oxygen uptake and carbon dioxide formation (21). The third study of physically active students who received 8mg of magnesium per kilogram of weight showed a significantly higher performance in addition to reducing oxygen consumption during submaximal training (22). However, other studies that looked at physically active people with normal magnesium concentrations did not show any functional or performance improvements connected with the supplementation (23,24).

There is evidence that extra magnesium can improve performance if magnesium intake falls below optimal levels. However, in subjects who have consumed magnesium at the optimum or increased rate, there is hardly any evidence that the magnesium provides extra benefits.

It is therefore very important for athletes to keep the magnesium levels at the optimum level. But what are the ways to determine the magnitude of magnesium in the body? Muscle magnesium obtained from biopsy is the most accurate form of measurement. But it is time consuming, invasive and can cause discomfort. Values of magnesium can also be obtained from urine samples, but they are very variable for accurate measurements (6).

Total blood magnesium (TMg) values are the most widely used test, but its disadvantage is that it also includes complex and protein bound magnesium, which is only the ionic portion and is physiologically active. This test also fails to recognize the magnesium that is produced in the body by exercise.

The current introduction of ion-selective electrode technology allows scientists to measure ionic magnesium directly and is considered one of the best methods. But even this is not an absolutely accurate measurement since the magnesium values in the body are unstable and in the morning the values were higher than in the evening.

WHAT ARE ION SELECTIVE ELECTRODES (ISE)?

Ion-selective electrodes are used in various industries to determine the concentration of different ions in aqueous solutions. Some of the main areas where ISE is used are: air pollution monitoring, food processing, paper production and good old explosives.

WHAT IS THE MESSAGE FOR ATHLETES?

First, it is all too easy to get to the lack of magnesium levels, especially if your nutrition is depleted of wholegrain and cereal foods, green leafy vegetables, legumes (peas, beans, lentils), nuts and seeds. And to make matters worse, excessive sugar intake, alcohol consumption, and a nutrition rich in fat, protein, and calcium were all associated with impaired absorption and increased secretion of magnesium.

Although you consume a quality and balanced food, nutrition containing less than 2000kcal per day often struggles to meet the needs of magnesium content. 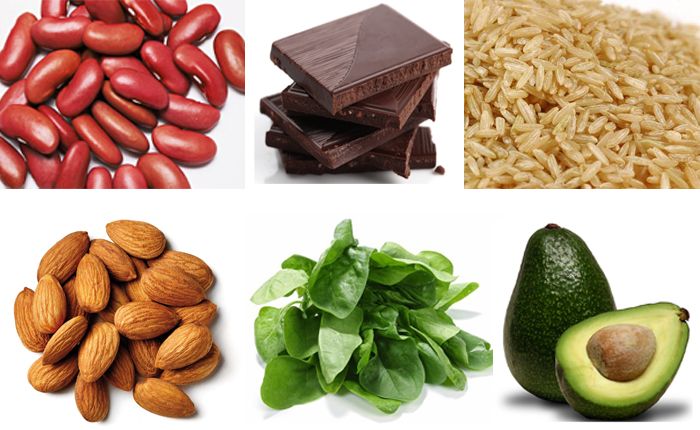 Symptoms of lack of magnesium in the body:

With regard to the potential to greatly deteriorate performance during suboptimal magnesium intake, some athletes should try to increase the proportion of foods rich in magnesium in their nutrition. Even a simple change like eating more whole grain products and increasing the intake of vegetables, nuts and seeds can have a big impact.

Upon receiving magnesium over RDA, power is unlikely to increase, but these supplements are not costly and are non-toxic, so they can be safely used as a fuse. Most forms of supplemental magnesium have a very good tolerance, but supplementing more than 400 milligrams per day is not appropriate.

Some forms, such as magnesium oxide, are relatively alkaline and may have an adverse effect in neutralizing gastric acid and disturbing digestion. They should not be taken with food.

Finally, magnesium is best absorbed in small and frequent doses. For example, it is better to take 100 milligrams three times a day than 300 milligrams at a time!