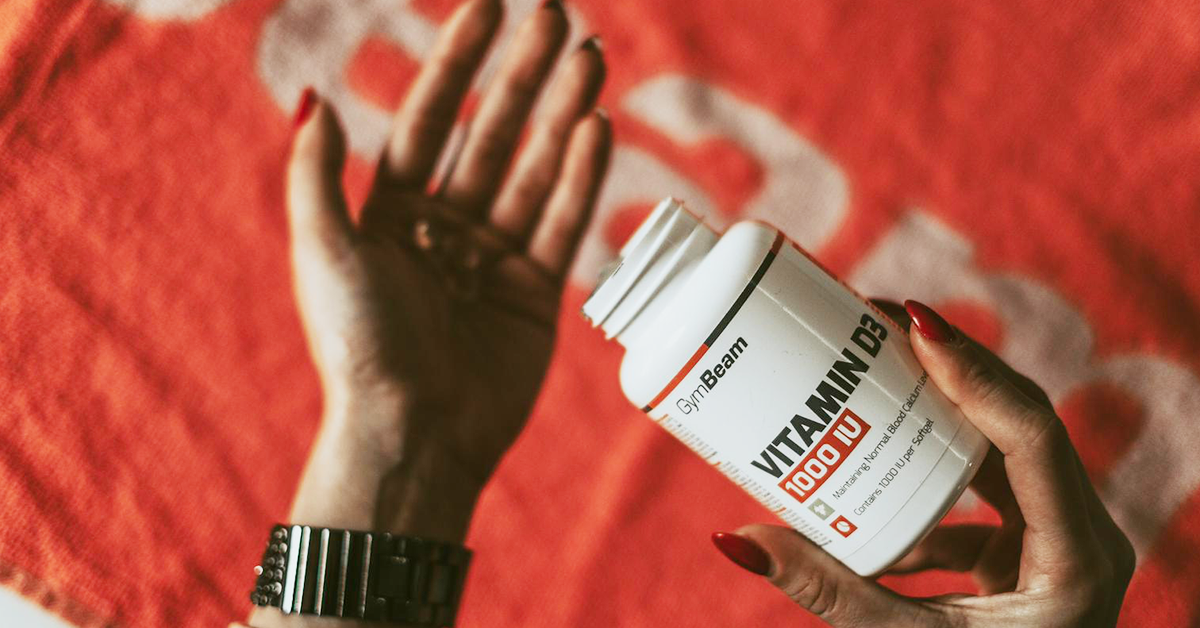 Vitamin D is a fat-soluble vitamin, a highly potent substance that affects a number of vital functions in the human body. It is also a collective term for cholecalciferols, hormone precursors, because the body produces them more or less through the sun. However, if there is insufficient sunlight, one also needs to take vitamin D through diet or nutritional supplements.

Vitamin D2, also known as ergocalciferol, is one of the forms of vitamin D that is not formed in the human body itself. It comes from plant sources, and less than vitamin D3 is used as a supplement. It can be found, for example, in mushrooms (grown under UV light) or as an additive in some foods. Vitamin D2 differs from vitamin D3 in that it is metabolized by the human body in different ways. While the liver can metabolize vitamin D2 to 25 hydrovitamines, it is even up to 35 hydrovitamines in vitamin D3. Hydrovitamines mentioned are also known as calcifediols. Calcifediol is the most prominent form of vitamin D, because its blood levels can determine how much vitamin D is in your body. Most investigations have shown that vitamin D2 is less effective in increasing the blood levels of calcifediol than vitamin D3. [1]

Vitamin D3, known as cholecarciferol, is one of the 24 nutrients essential to life. Although its natural source is sunlight, this resource is inadequate for most populations. However, you might get it from fish, but you would have to consume about 4 kg of fish a day for the optimal amount. Vitamin D3 is also the most commonly used form of vitamin D.

Vitamin D and its effects

Vitamin D helps the absorption of calcium and phosphorus from the intestine, which has a beneficial effect on muscle and bone health. It helps prevent and treat muscle pain, bone, and has a positive effect on chronic fatigue and osteoporosis. In addition, vitamin D also affects the health of teeth and can prevent various dental problems.

It is also used in the treatment of immune system disorders (asthma, type 1 diabetes, rheumatoid arthritis). An immune system that is boosted with vitamin D is more likely to prevent colds, flu or other infections.

Vitamin D has a positive effect on skin function and is effective in treating skin diseases. such as psoriasis. It is also used to prevent the treatment of various cancers (colon, prostate, pancreas or breast cancer) as it regulates the growth of both normal and tumour cells.

Vitamin D can help in the prevention and treatment of type 2 diabetes by its ability to stimulate insulin production from cells in the pancreas. In addition, it effectively reduces insulin resistance. Recent studies suggest that vitamin D can improve glucose tolerance not only for diabetics and reduce the risk of type I diabetes.

Vitamin D suppresses renin in the human body - a chemical usually produced in the body. This substance produces another chemical called angiotensin, which is responsible for maintaining blood pressure. Angiotensin also causes the release of a substance called aldosterone. It is also involved in maintaining optimal blood pressure. Taken together, this system of interconnected chemicals is called renin-angiotensin-aldosterone (RAAS). If RAAS is hyperactive, it causes high blood pressure (hypertension), kidney disease and heart failure. Vitamin D suppresses the RAAS and can thus prevent hypertension or other serious diseases.

Vitamin D is very important for proper brain function and its development. It is also used in the prevention and treatment of neurological diseases such as autism, Parkinson's or Alzheimer’s disease. It is scientifically proven that this vitamin has a positive effect on the central nervous system. Scientists are currently considering the importance of its deficiency in the etiology of multiple sclerosis and the neutralization of the toxic effects of lead and other heavy metals.

How are vitamin D deficiencies manifested?

The sun is a natural source of vitamin D. However, several factors affect how much vitamin D a person receives from the sun: geographic location, sunscreen usage, season, age or skin pigment.

Vitamin D is naturally found in some foods. You can find it most often in:

In particular, nutritional supplements are a favourite form of vitamin D. Supplements offer pure vitamin D or vitamin D in combination with vitamin K. Vitamin D is often supplemented with vitamin K due to its ability to absorb calcium and positive effects on bone health. Co-dosing improves the effect of each of the vitamins. They also work synergistically, because excessive amounts of vitamin D can cause arterial calcification, but vitamin K reduces the risk of arterial calcification. Thus, vitamin K2 acts as a "traffic policeman" who manages the absorption of vitamin D and supervises its negatives.

Didn't find what you're looking for? Contact us.
GREAT PRICE