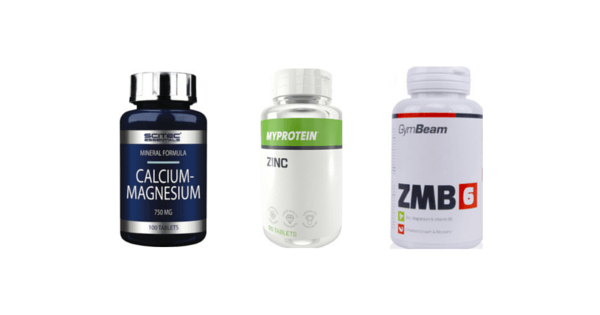 Other Minerals are inorganic nutrients that we need for our health. They account for about 4% of human weight. However, their exact amount in the body is individual, depending on age, weight, sex and other factors. The lack of minerals in the body can cause anaemia, diabetes or obesity, but it can also be reflected in the physical appearance of hair, skin or nails.

They are mineral substances that need to be supplied in large quantities to the body. These include calcium, magnesium, sulphur, phosphorus, potassium, sodium, and chlorine.

Up to 99% of calcium is deposited in bones and teeth to maintain their strength and solidity, the remainder is freely bound in metabolism. The human body needs calcium to contract the muscles, widen the vessels, and transmit nerve impulses correctly. Calcium also has an effect on the release of hormones and enzymes that affect all functions of the human body. In particular, vegans and people suffering from lactose intolerance should take care of sufficient calcium intake.

It is an important mineral in energy generation, muscle contraction and bone mineralization. It contributes to the proper functioning of metabolism, helps to relieve fatigue and promotes the proper functioning of the endocrine system. Magnesium has an effect on protecting the body from depression. Its deficiency has an effect on increased blood pressure, headaches and migraines, as well as increased nervousness.

This mineral affects the nails and hair - making sure they don't break and are beautifully shiny. Sulphur protects cells from the toxic effects of heavy metals, stimulates bile excretion and helps the body resist bacteria. It protects us from the negative effects of radiation, thereby slowing down the aging process.

It is a mineral that helps keep our bones healthy. At the same time, it takes care of the proper function of blood vessels and muscles. Phosphorus is found in a protein-rich diet, especially in meat, fish, nuts, and legumes.

Potassium is predominantly stored inside the cells of the body, making up to 86% of them. Potassium should be in ratio of 2:1 with sodium. Its increased need is mainly due to greater fluid loss from the body. This mineral is important for many biochemical processes and its deficiency causes damage to nervous activity and heart.

It is an important mineral that allows the transmission of nerve impulses and regulates muscle irritation. Neutralizes the digestion in the small intestine and helps to form HCl (hydrochloric acid) in the mucosa of the stomach. Sodium is freely available in the form of table salt. Its deficiency is manifested by loss of appetite, weight loss, but also causes a decline in protein and fat synthesis, fatigue, headache, depression and muscle cramps.

It is a mineral that is involved in maintaining acid-base balance. Together with sodium and potassium, it regulates the osmotic pressure of blood plasma. Chlorine is part of the HCl that is formed in the stomach. The human organism receives chlorine along with the salt.

Among the microelements, that is, the trace elements that the body needs in lesser amounts, are zinc, iron, iodine, selenium, manganese, copper, fluorine, chromium, and others.

Zinc is considered to be a super nutrient that is concentrated in the muscles, bones, skin, kidneys, pancreas, eyes and men and the prostate. Zinc promotes wound and wounds and scars healing, helps to treat acne and skin problems. It maintains a functional immune system, promotes digestion and growth and bone formation. The manifestations of its deficiency include worse wound healing, greater susceptibility to colds, skin problems, baking disorders, and even poor vision at dusk.

Iron is one of the trace minerals that has an irreplaceable function in the human body. Its task is to ensure the transfer of oxygen from the lungs to other tissues of the human body. Its sufficient amount ensures the proper functioning of the immune system. Iron contributes to the right metabolism, which is important for energy generation. In addition, it also plays an important role in the cell division process and is responsible for both red blood cell and haemoglobin formation.

There are about 20 to 50 mg of iodine in the body, of which nearly 25% is in the thyroid. Iodine is indispensable for its proper functioning and is also important for thyroxine formation. It is absorbed very well - the human body can accept almost 100%. In the absence of iodine, the thyroid gland increases, and a goitre or lump is formed.

Selenium is an antioxidant for the body, which ensures that the human body grows and multiplies. It is essential for the proper functioning of the liver and thyroid gland, as well as for healthy skin, hair and healthy vision. Selenium deficiency is manifested by impaired immunity, possible occurrence of cancer, heart disease, but also causes skin problems, muscle weakness and fatigue.

It is extremely important for healthy growth and proper bone structure. It also has a positive effect on cartilage and teeth. It is involved in the processing of cholesterol, amino acids, carbohydrates and some vitamins to help absorb better. Manganese is found mainly in seafood (oysters, crayfish), fish include trout, stucco and perch. It is also found in nuts, legumes, seeds (sunflower, linseed, chia), in wholegrain products and in green leafy vegetables.

Copper facilitates iron absorption and is also responsible for haemoglobin formation. It positively affects the nervous system and has anti-allergic effects because it reduces the level of histamine. Copper also promotes pigment formation and blood clotting. It strengthens blood vessels, bones, tendons and nerves. In her lack of the human body, there is an increased level of cholesterol, fatigue or hair loss and their breaking.

It is a trace mineral that is needed for the formation of bones and teeth - tooth enamel. It protects the bones from osteoporosis and has a positive effect on the cardiovascular system. Fluorine also affects muscle growth, connective tissue binders, skin and hair. The main source of fluorine is drinking water, in addition to milk, fish, meat, legumes and some vegetables.

Chromium is used to lower cholesterol, treat schizophrenia, bipolar disorder, and treat depression. It is also used to improve sports performance, to increase energy, and to prevent age-related loss of mental functions.