Until recently, gluten was an unknown term for a large part of the public, but the awareness of gluten increased with the increase in incidence of celiac disease and gluten-free diet. Gluten-free products are sought after mainly for health reasons, but also in efforts to improve one’s diet. In this article, you will find out what gluten is, gluten intolerance, what does gluten-free mean, and whether the gluten-free diet is also suitable for “non-celiacs”.

The origin of the word gluten can be found in Latin (glutin-), which means “glue”, or the French name of the 17th century for “sticky substance”.Gluten is a major repository of wheat proteins, but it is a mixture of hundreds of related proteins. Similar repositories are also found in several cereals [1] [2]:

However, the name gluten is used for all types of the mentioned cereal protein repositories. The main part of gluten are proteins glutenin and gliadin, and it is gliadin that is responsible for the negative effect of gluten on the human body. It is a glycoprotein in gluten found in wheat, oat, barley and other cereals. It is celiacs and people suffering from Crohn’s disease that are sensitive to this protein. [1] [3] [4] [12] 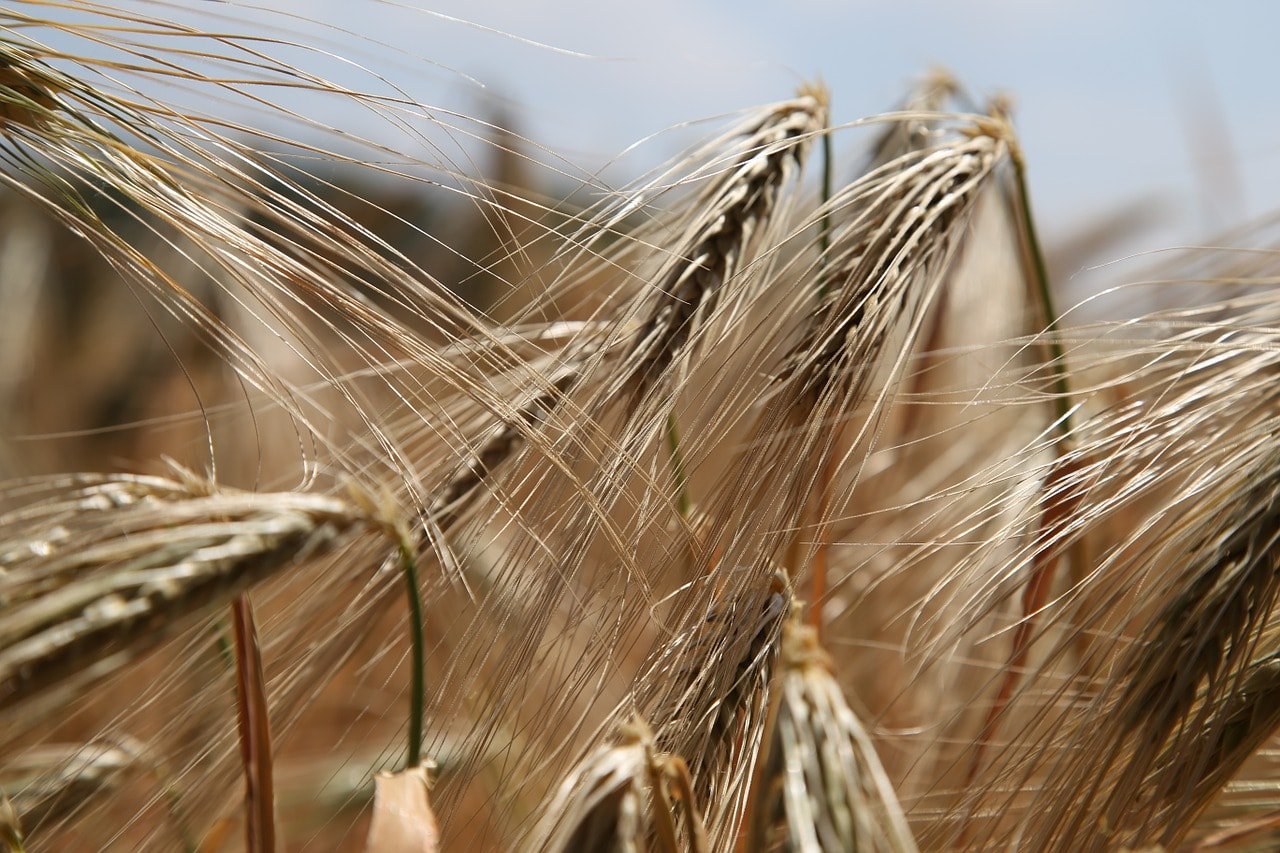 Gluten-free diet is a diet in which gluten-free foods are consumed. This type of diet is not only part of the treatment for celiac disease, but it is related to several diseases and intolerances.

Celiac disease is a serious autoimmune disease in which small intestine cells are invaded by the immune system. This reaction occurs in gluten digestion and affects approximately 1% of the world’s population. The cause of this disease is still unclear, but there is conclusive evidence of its genetic predisposition. [5]

In the US, about 1 in 133 people suffer from celiac disease,representing approximately 2.5 million people of total population of 331 millions. The only way to treat celiac disease is a strict gluten-free diet. Celiac disease is not only a limitation in gluten consumption, but insufficient absorption of nutrients into the bloodstream leads to anemia, weight loss or delayed growth. Besides the irritation of the small intestine, gluten consumption in celiacs causes several other complications [8] [9]: 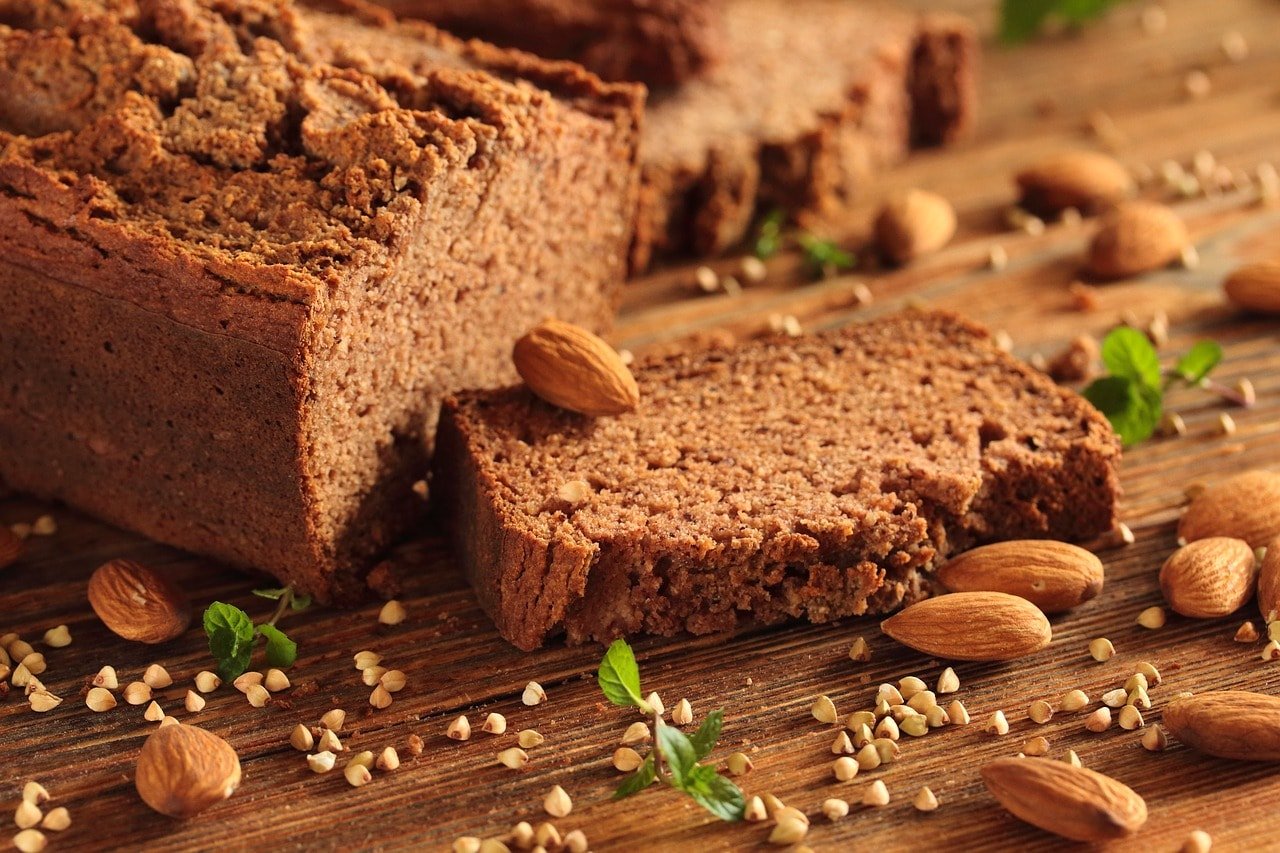 It is a manifestation of increased sensitivity to gluten, which has several negative manifestations similar to celiac disease, but the test results did not show celiac disease or wheat allergy. For this type of sensitivity, the abbreviated name NCGS (non-celiac gluten sensitivity) is used. The discovery of NCGS occurred in the 1980s, and its findings can be compared to the knowledge of celiac disease 40 years ago. There is currently very little information about this type of intolerance and the only way to eliminate sensitivity is to completely eliminate gluten from the diet. Clinical presentation can be multisystemic and there is a wide variety of NCGS-related manifestations. For better orientation, we present a chart of some manifestations of non-celiac gluten sensitivity according to their frequency [5] [10]:

Approximately 18 million Americans suffer from one form of gluten intolerance or non-celiac gluten sensitivity. Symptoms of intolerance include bloating and flatulence, diarrhea, fatigue, rashes and so called brain fog. [9]

Wheat allergy is not directly about gluten intolerance , although it is a very similar condition. It’s an allergy to wheat itself, not just gluten proteins. The difference from celiac disease is in the explicit problem with wheat, where the allergic person can consume gluten from other sources such as barley. Gluten-free diet is a possible way of eating in these difficulties because wheat is one of the most common sources of gluten. [5] [11] 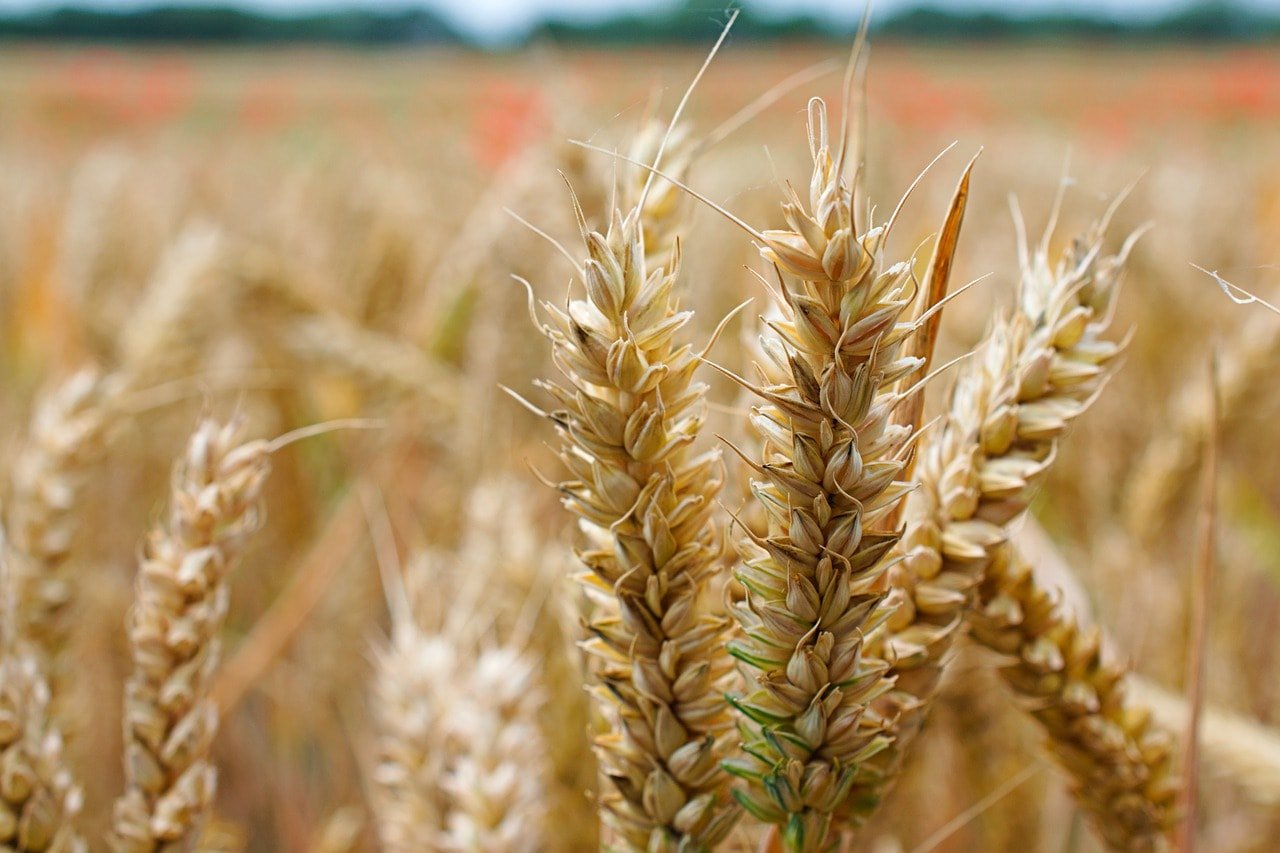 How do you recognize gluten intolerance?

Gluten intolerance brings with it a wide range of manifestations. Digestive problems are the most common manifestation and include: [22]:

Gluten intolerance is an inflammatory reaction of the organism to digestion of this protein. In addition to digestive problems, symptoms that are not directly associated with digestion appear with intolerance [22]:

Frequent difficulties following gluten consumption may indicate some form of intolerance. Problems with gluten digestion may not directly indicate that you are suffering from celiac disease, it may also be non-celiac gluten sensitivity. In the event of recurrence of these symptoms, it is wise to consult a specialist and, if necessary, undergo tests to confirm this 100%.

If it’s not gluten, what can it be? (FODMAP Carbohydrates)

Gluten is one of the first things that people think of in connection with digestive problems. After omission of wheat from the diet, they start to feel better, but not always it means a problem with gluten per se. Many people also have trouble digesting carbohydrates, which are commonly referred to as FODMAP. The abbreviation refers to Fermentable Oligosaccharides Disaccharides Monosaccharides and Polyols. Said carbohydrates are fermented in the intestine and cause digestive problems and a number of symptoms that are associated with irritable bowel syndrome. Foods high in FODMAP include [23]:

Gluten is part of a large number of foods that can be divided into three types [5]:

Many foods, especially processed foods, may contain so-called “hidden gluten” that you might not even expect in the composition. Celiacs and people with gluten allergy should therefore carefully check the food composition. Another important fact is that gluten can also be found in non-food products, such as [9]:

Why is gluten included in food and meals?

Foods and gluten-containing products have a typical fine texture. When heated, gluten forms a flexible mesh that can store air. Thanks to this attribute, it ensures fermentation and preservation of bread, pasta and other similar products. For this reason, gluten is an additive in many processed foods. [5] [6] 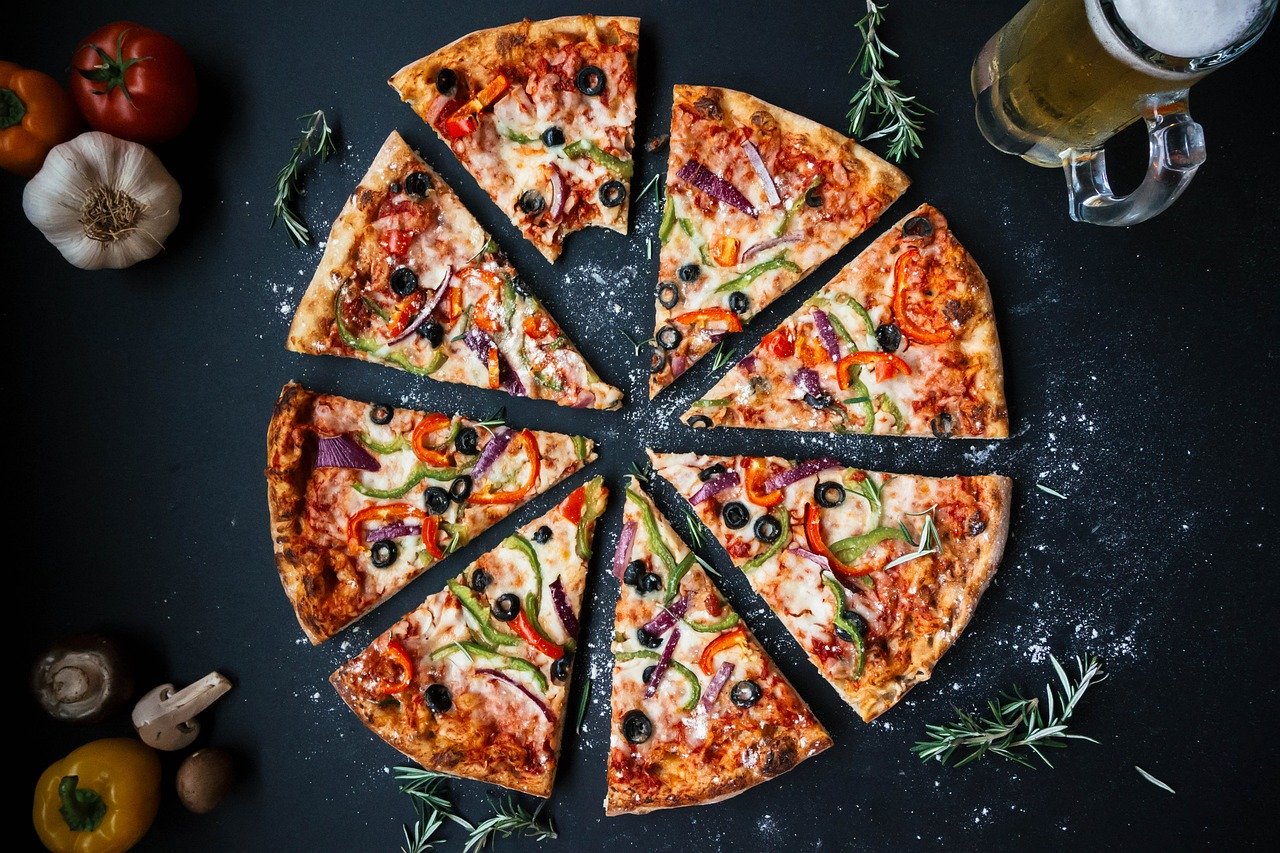 Gluten is naturally found in several cereals, and due to its properties you will find it as part of a wide variety of foods and meals. In general, it is better to consume food without a natural gluten content than products processed to a gluten-free form. This is due to their low nutrient content and high amounts of added sugar or refined grains. For a better overview, here is a list of cereals and foods without natural gluten content: [13]

In the case of oats, it should be added that the oat is naturally gluten-free, but may be contaminated with it. For this reason, when doing a gluten-free diet, it is safest to eat oats labelled as a gluten-free product. [13] [14] [15] 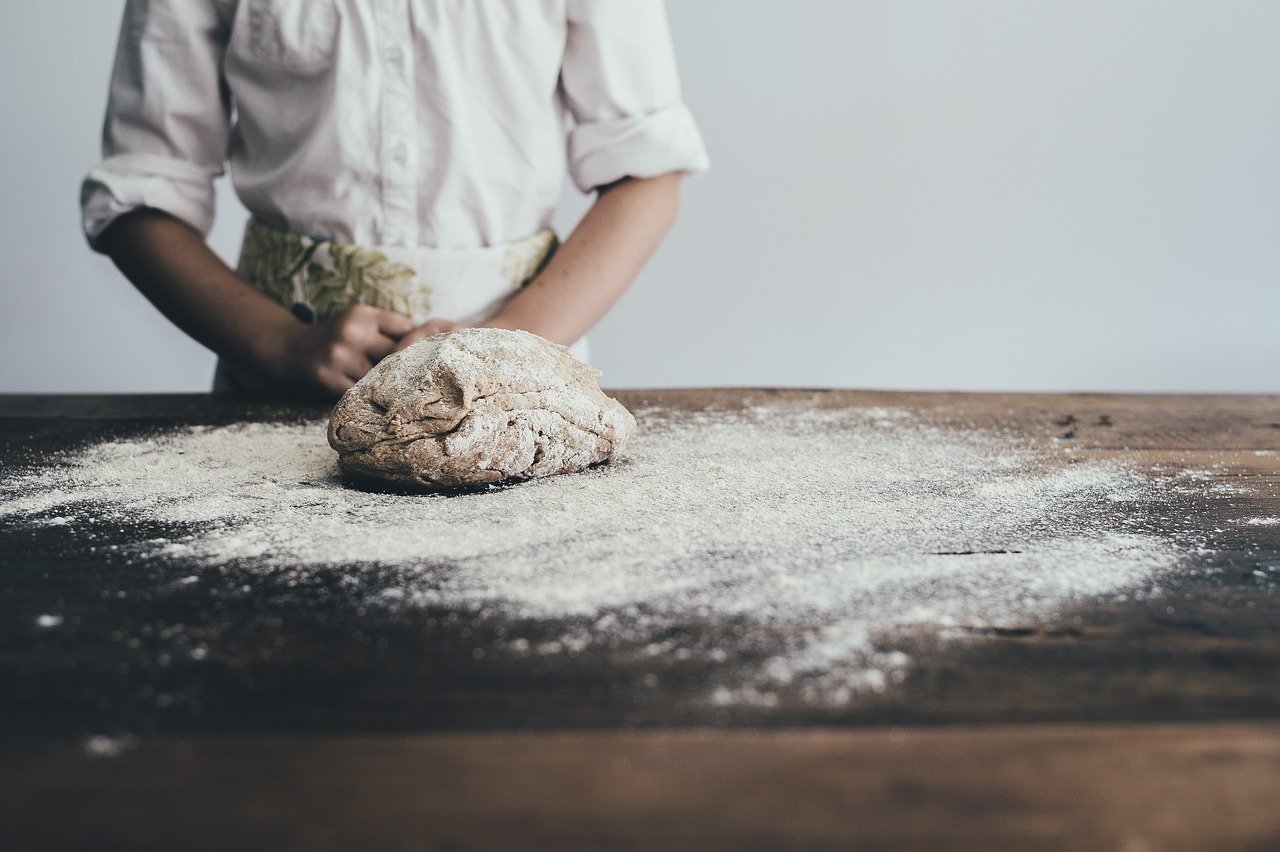 Ingredients to watch out for

Ingredients are often added to foods that may indicate that gluten is present in the product. This is a list of ingredients to be noted, and in case of uncertainty, we recommend contacting the manufacturer to ensure about the gluten presence in the product.

What does gluten-free label mean?

To be labeled “gluten-free”, the product needs to comply with specific rules. The rules on the indication of the absence and reduced gluten content in foods shall apply throughout the European Union.

Is a gluten-free diet suitable for everyone?

Recently, gluten-free diet has been gaining popularity among people without problems with digesting gluten. Gluten is reduced for health reasons and problems with the gastrointestinal tract, but people also reduce it because they believe it is harmful. Gluten-free diet therefore becomes a kind of healthier lifestyle. There is current evidence that omitting gluten from the diet is important for patients with certain digestive problems, such as irritable bowel syndrome. However, there is a lack of convincing evidence of the benefits of reducing gluten for people with health problems other than those associated with gluten digestion. It is up to the medical and professional community to gather evidence and a relevant attitude to the benefits and harm that a gluten-free diet can cause. Omitting gluten from the diet can even have a negative impact on “non-celiacs” and people without similar problems. [7] 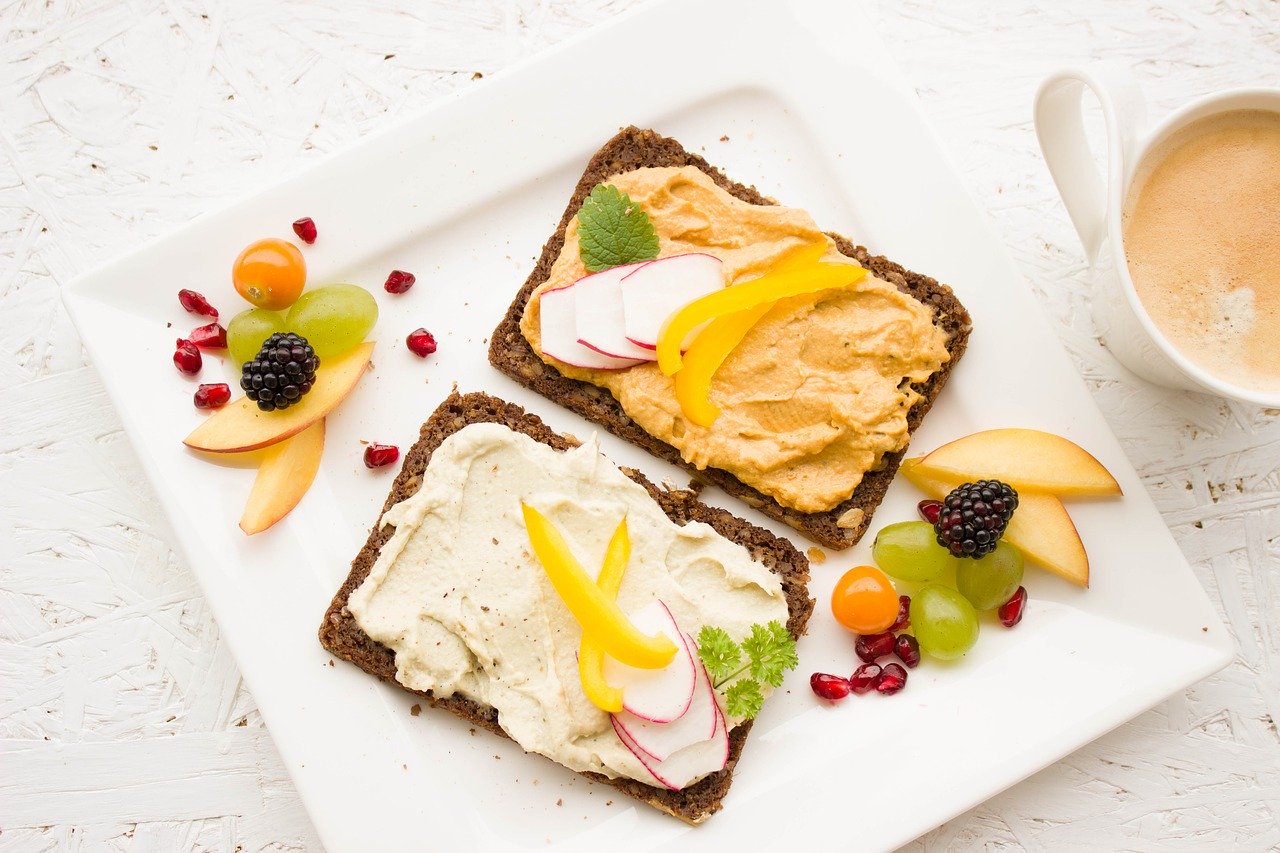 Risks associated with a gluten-free diet

Excluding gluten from the diet can affect general health and also pose some risks. [9] [20]

Finally, it is certainly interesting to add a few myths that are often associated with a gluten-free diet. [21] 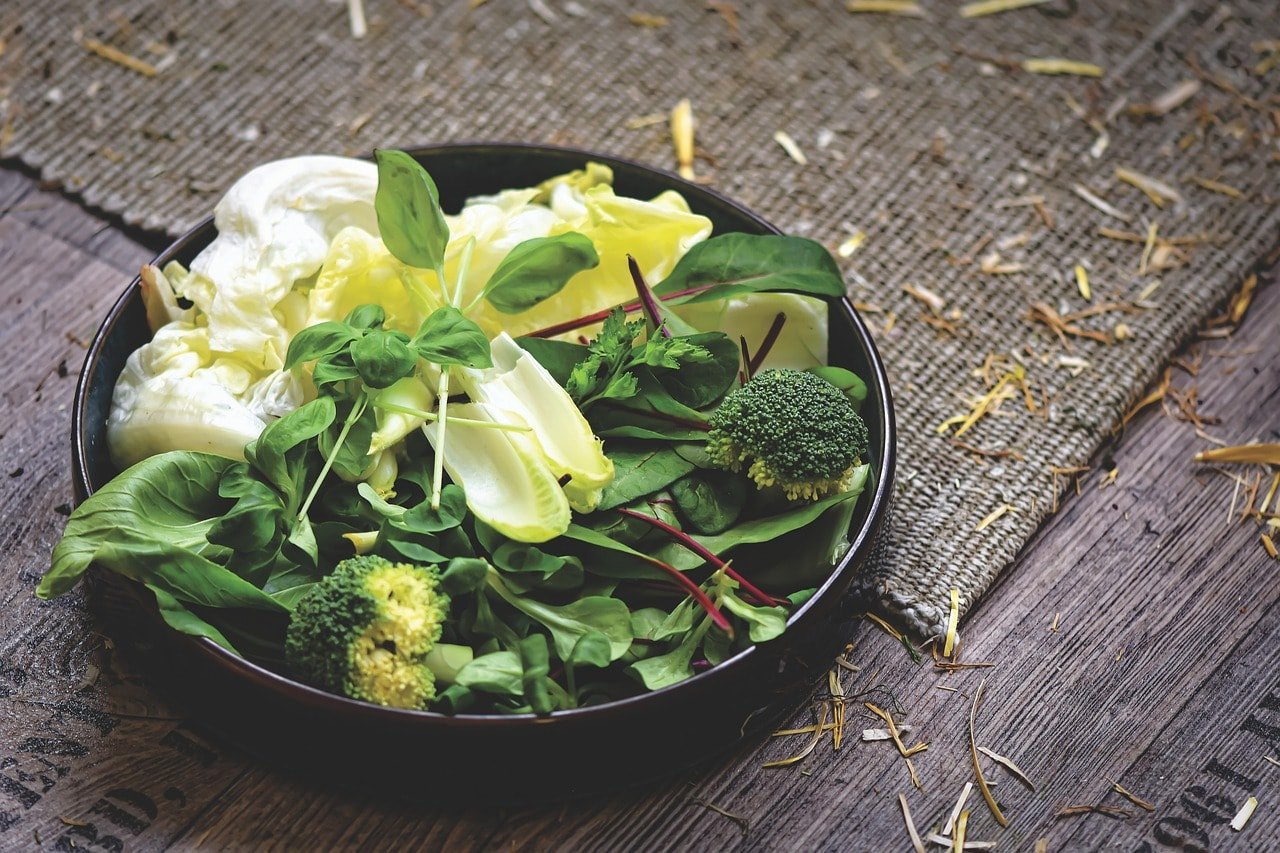 One part of modern culture and media environment is presentation of gluten-free diet as a healthier way of eating. Gluten-free diet is the only option for celiacs and people with similar difficulties, but it is often used by people without these health problems. This idea may be correct if you replace ordinary pastry with vegetables or fruits. Gluten-free diet is not a universal solution for people who are trying to lose weight because the final results are achieved by food choice and calorie deficit. The presence of gluten improves the quality of pastry or pasta, but many find it difficult to digest. Whether you are pro-gluten or anti-gluten, the most important thing is to have enough nutrient intake into your body. Trends come and go, but it is always important to find relevant sources and maintain a balanced diet.

We hope you have learned all the necessary information about gluten and gluten-free diet in this article. Do you want your friends to learn more about gluten? Feel free to support the article by sharing.

[5] Ansley Hill – What Is Gluten? Definition, Foods, and Side Effects – https://www.healthline.com/nutrition/what-is-gluten

[9] Honor Whiteman – Is a gluten-free diet good for your health? – https://www.medicalnewstoday.com/articles/288406

[13] Adda Bjarnadottir – What is gluten, and why is it bad for some people? – https://www.medicalnewstoday.com/articles/318606

[16] Brianna Elliott – 54 Foods You Can Eat on a Gluten-Free Diet – https://www.healthline.com/nutrition/gluten-free-foods#1

[22] Ryan Andrews – All About Gluten – https://www.precisionnutrition.com/all-about-gluten

[23] Marc Halpern – Do You Really Need To Eat Gluten-Free? – https://breakingmuscle.com/healthy-eating/do-you-really-need-to-eat-gluten-free