Vitamin D belongs to fat-soluble vitamins and naturally occurs in several foods. It is also available as a dietary supplement. However, it is mainly produced endogenously when ultraviolet rays from the sunlight reach the skin and induce the synthesis of vitamin D. [1]

From the beginning of antiquity, people have known about the substance, now known as vitamin D. The first scientific description of vitamin D deficiency was rhachitis or rickets, registered in the 17th century by Dr Daniel Whistler (1645) and Professor Francis Glisson (1650). The main breakthrough in understanding rickets was the development of nutrition as an experimental science in 1910-1930. [2] 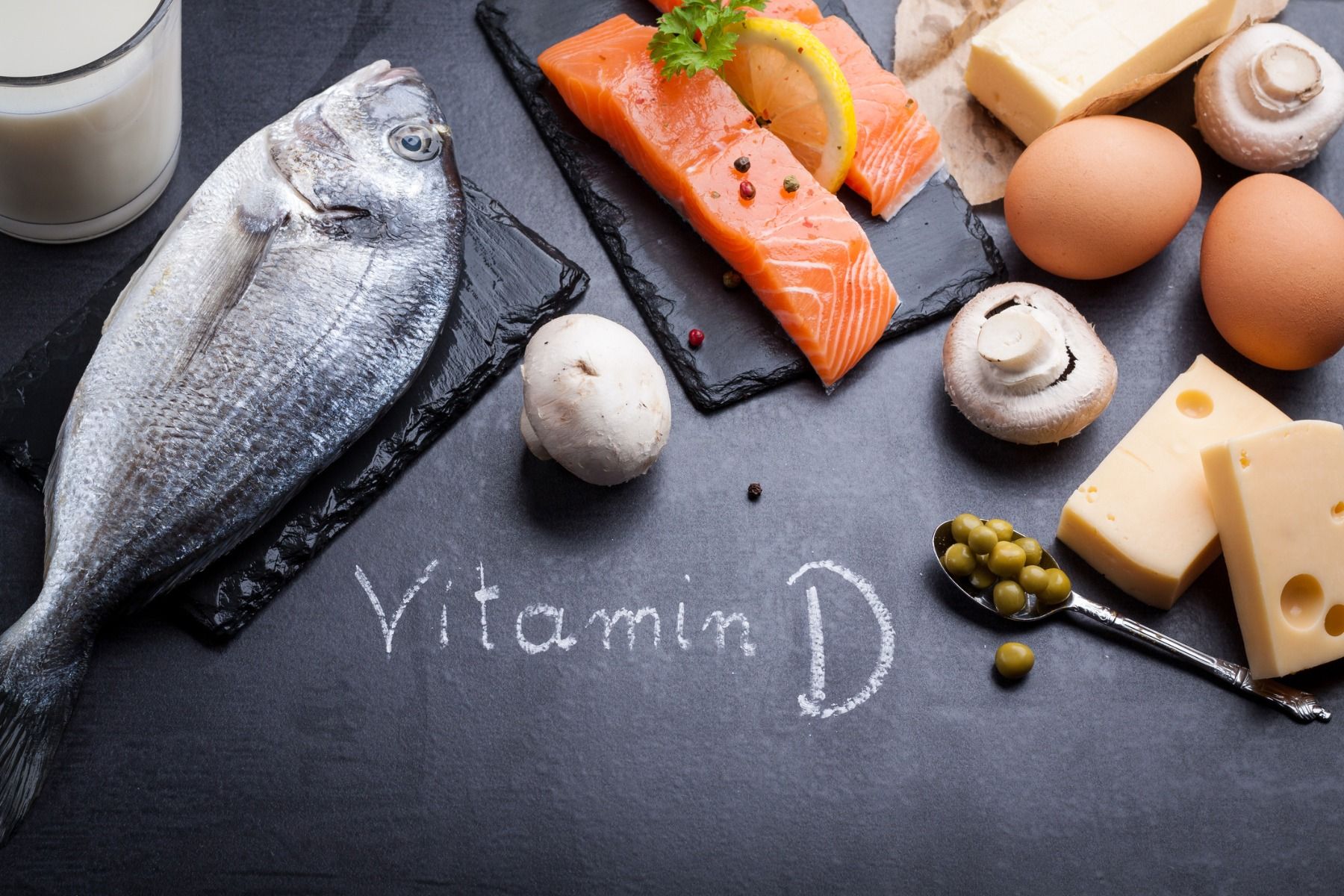 “According to biochemists, it is actually a hormone that is produced in the body when the skin is exposed to ultraviolet radiation in sunlight. Vitamin D is dissolved in fats and produces five active substances.” [3]

Why is Vitamin D so important?

So, what are the biggest benefits of vitamin D? 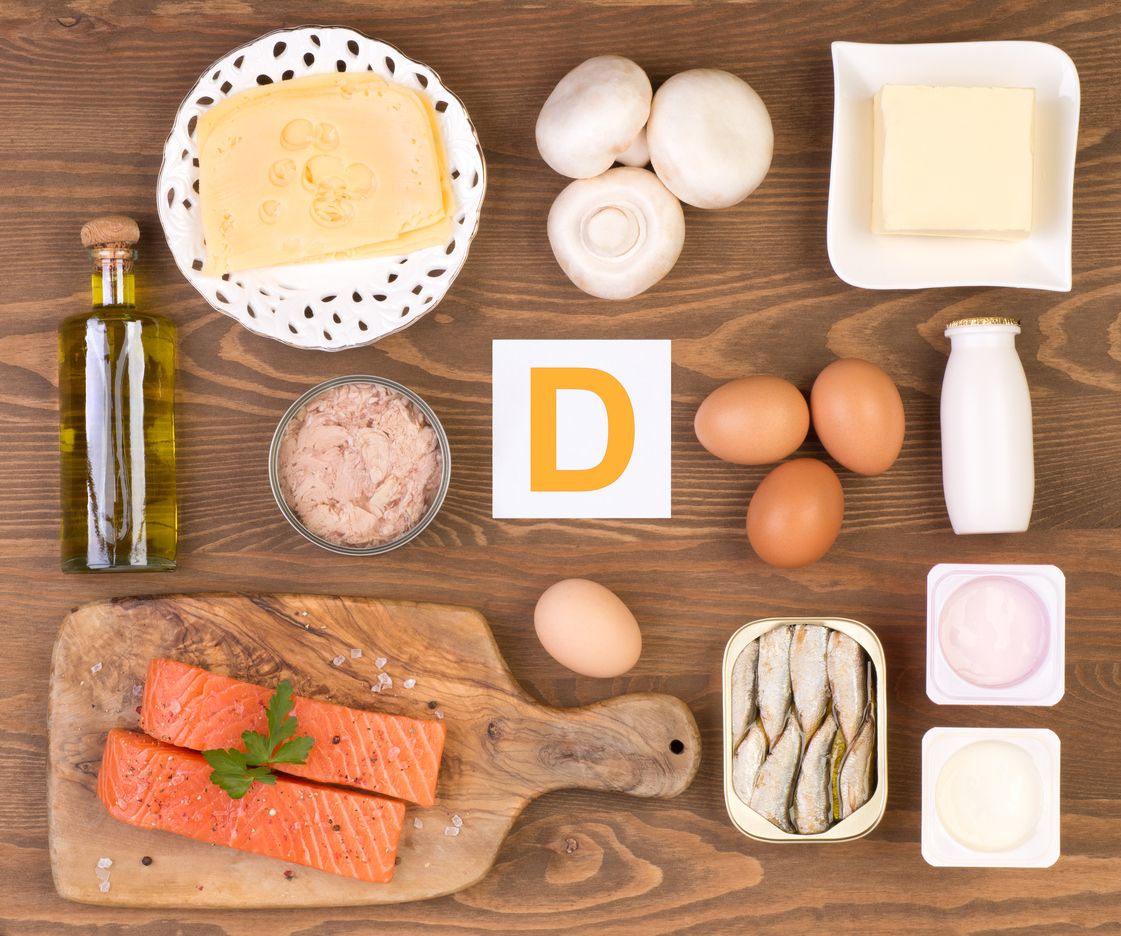 Vitamin D and its sources

Many people have heard about getting it out of the sun. But do we have enough vitamin D from the sun at all?

The sun is the main source of vitamin D. The amount of vitamin D obtained from the sun varies from person to person. There are several factors that affect this amount: 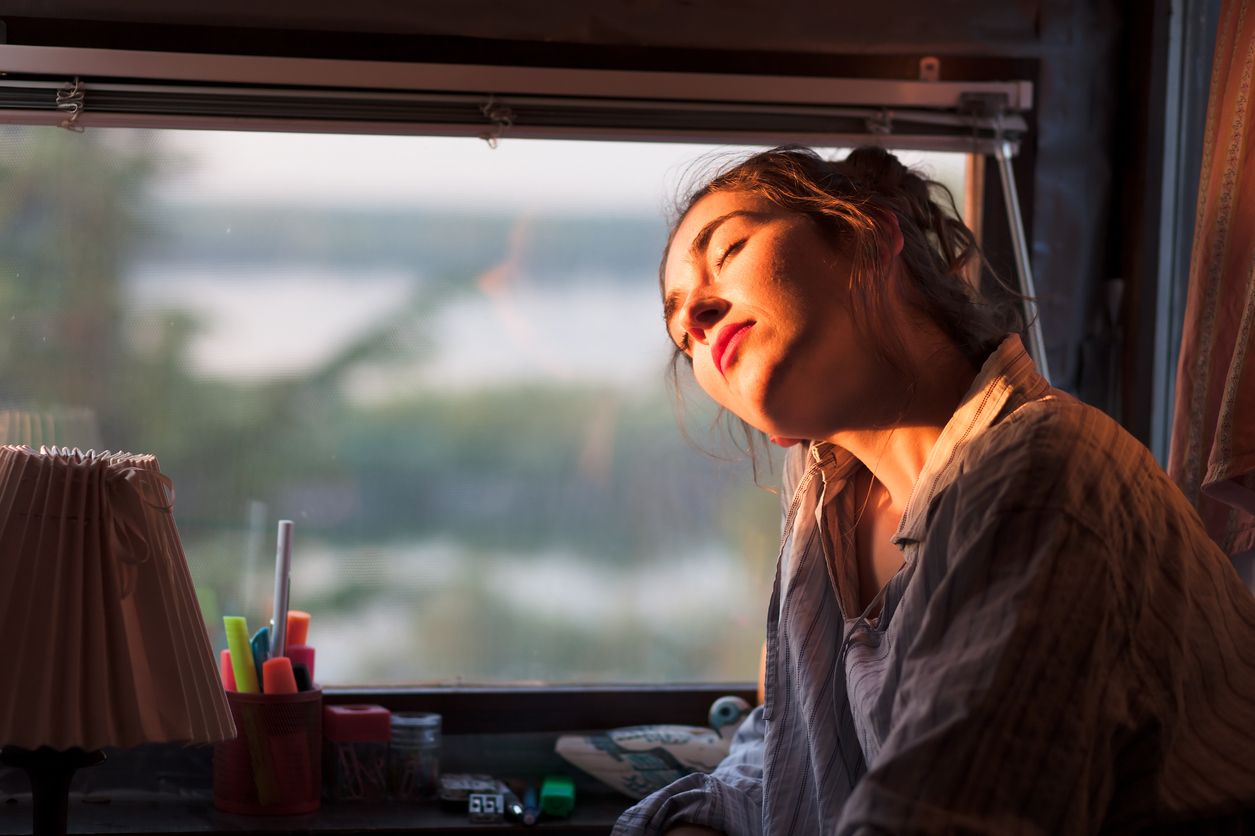 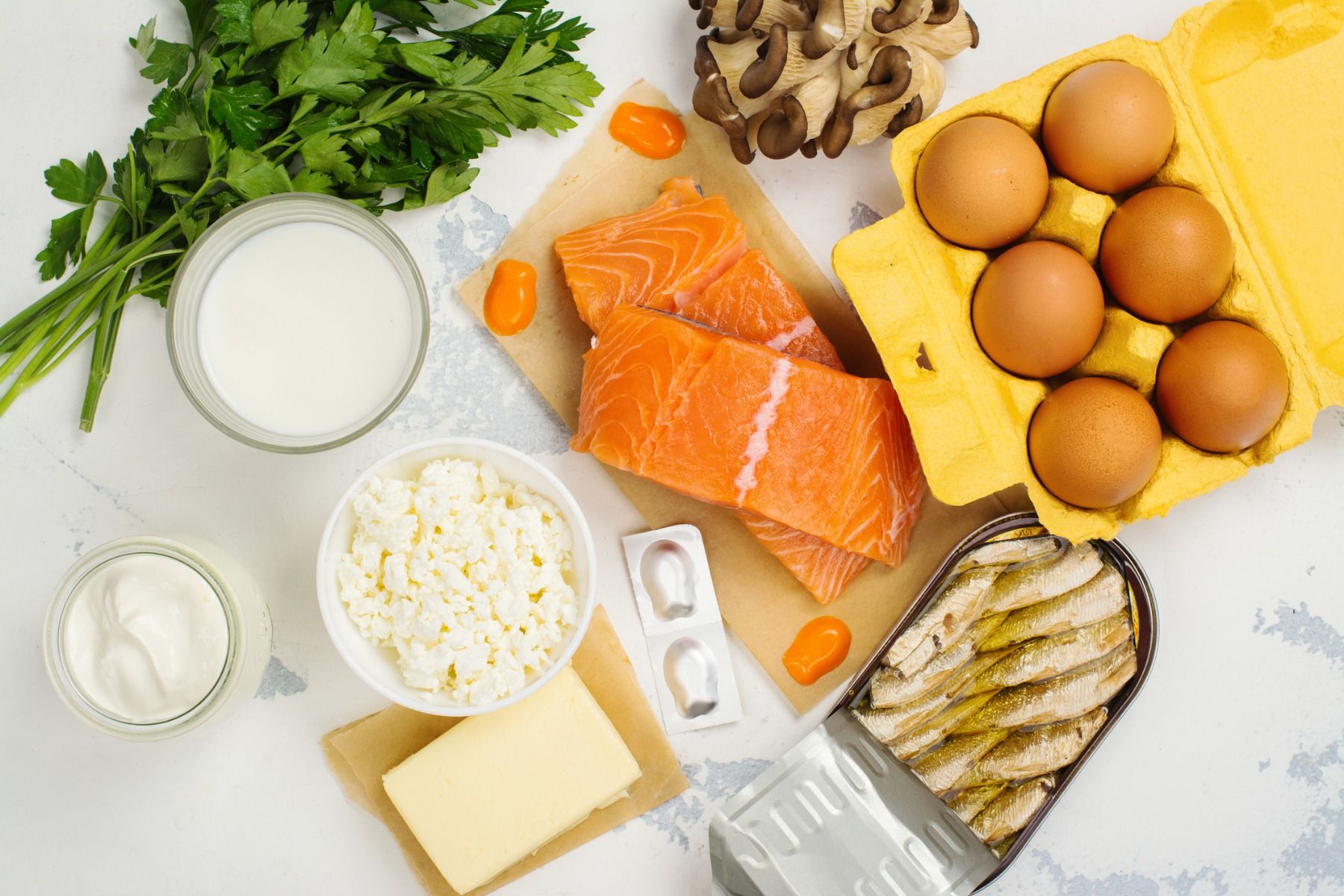 In dietary supplements, vitamin D is available in two forms – D2 (ergocalciferol) and vitamin D3 (cholecalciferol), which differ chemically only in their side chain structure. Vitamin D2 is made by yeast ergosterol UV radiation. Vitamin D3 is produced by irradiating 7-dehydrocholesterol from lanolin and chemical conversion of cholesterol. Vitamins D2 and D3 may appear to be the same in nutritional values, but vitamin D2 is less effective at high doses. D3 is the animal form and D2 is the plant form of vitamin D. Vitamins D2 and D3 are not biologically active, they must be modified in the body to have an effect. [6] 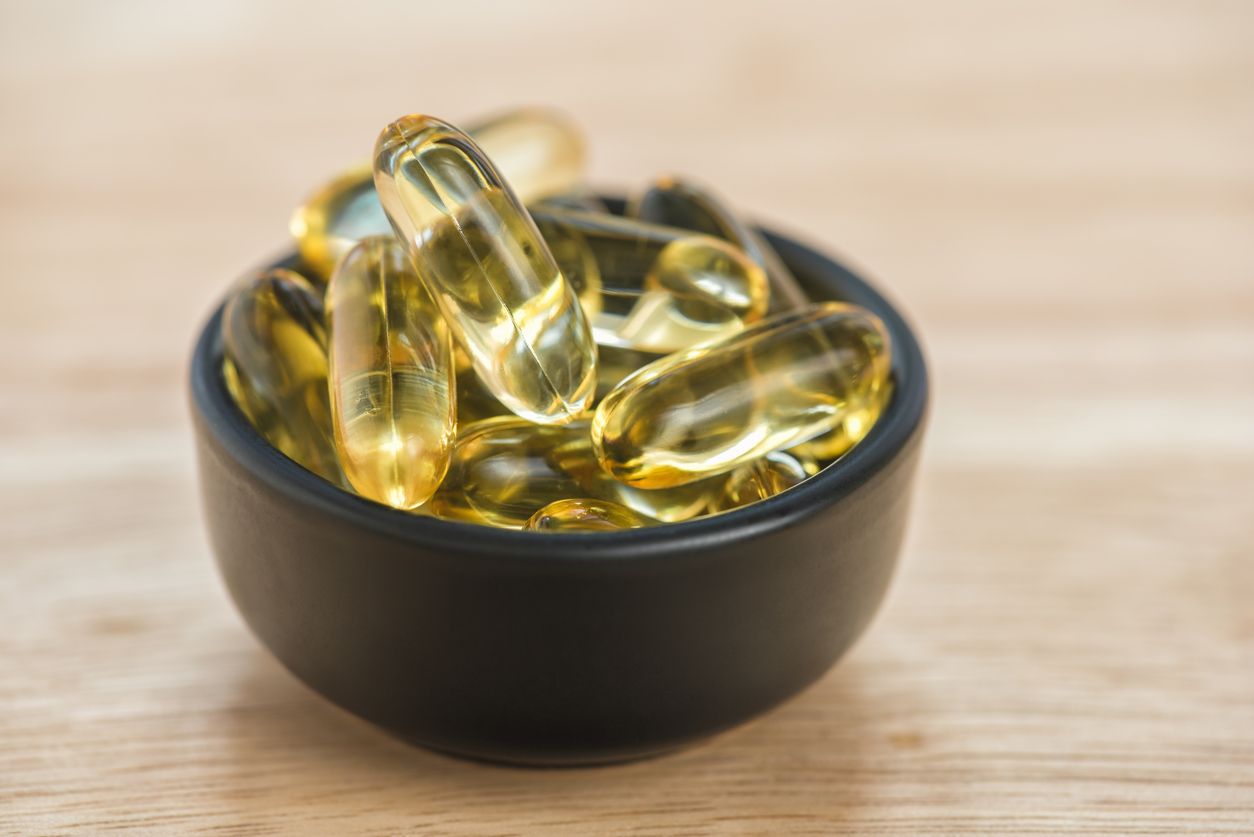 Who has lack of vitamin D most often?

How much of vitamin D do we need?

It is expressed in International Units (IU) and in micrograms (mcg); the biological activity of 40 IU is equal to 1 mcg.

Excessive amounts can also increase calcium in the blood, leading to vascular and tissue calcification, with consequent damage to the heart, vessels and kidneys. The use of calcium supplements (1000 mg / day) and vitamin D (400 IU) in postmenopausal women was associated with a 17% increase in the risk of developing kidney stones within 7 years. Excess sunbathing does not cause toxicity by vitamin D. Taking enough vitamin D from food to cause toxicity is very unlikely. [6] 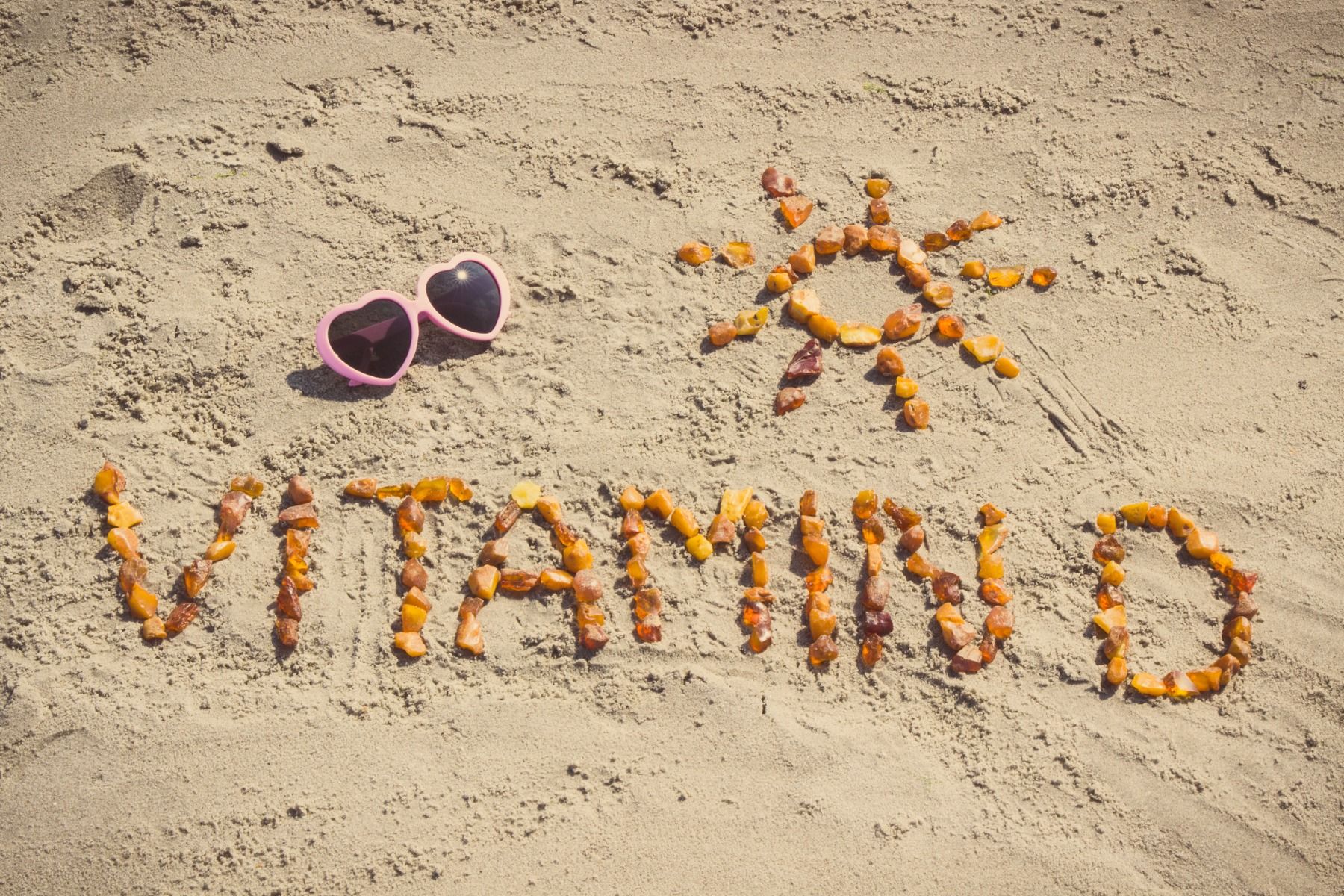 The modern history of vitamin D began in the middle of the 1800s, when it was noted that children living in the city were more likely to have rickets than those living in rural areas. Half a century later, a scientist Mr Palm reported that children raised in a warmer climate had practically never developed rickets.

Other researchers noted that people with skin cancer had a lower incidence of another type of cancer, as well as lower overall mortality from all internal cancers in the sunnier areas. These observations were almost unnoticed, and the data stagnated until 1970, when maps with cancer mortality rates were created. A study of these maps showed Cedric and Frank Garland of Johns Hopkins University showed a strong latitudinal shift to the colon cancer mortality rate in 1980. They assumed that higher levels of vitamin D compounds and calcium intake in people in the south were responsible for a lower incidence of cancer. Edward Gorham and colleagues have conducted studies in which serum vitamin D compounds have been shown to reduce cancer risk. William B. Grant then conducted numerous environmental studies, extending the theory of vitamin D to other cancers. [7]

Sir Edward Mellanby (United Kingdom) was concerned about the extremely high incidence of rickets in the United Kingdom, especially in Scotland. In fact, the disease is still known as “English disease”. After reviewing McCollum’s work, Sir Mellanby decided that rickets may be due to dietary deficiency.

He made use of the diet that was consumed daily by Scottish citizens who had the highest incidence of rickets. Their diet contained mainly oatmeal. He tried this diet on his dogs, which he kept in confined spaces and away from the sun’s rays. Dogs developed rickets that were identical to human disease. Sir Mellanby cured the disease with cod liver oil and supposed that vitamin A was responsible for preventing rickets. McCollum noticed this finding and decided to test the assumption that vitamin A is responsible for healing rickets. Through the cod liver oil, he injected oxygen that destroyed vitamin A, and thus the medicine was no longer able to prevent vitamin A deficiency but had the ability to heal rickets. McCollum concluded that the factor that cures rickets is a new vitamin called Vitamin D. [8]

By discovering that vitamin D is a hormone, it has helped scientists discover its main effect, which is the absorption of calcium and phosphorus from the intestines.

Over the past 20 years, our knowledge of vitamin D has undergone revolutionary changes. Vitamin D plays an important role in the normal functioning of all systems in the body, such as regulation of cell growth, differentiation of cells into a specialized cell and ultimately cell death, regulation of the immune, cardiovascular and locomotor systems, and insulin metabolism.

Like other hormones, Vitamin D exerts its biological effects through a specific chemical structure within the cell, called a cell line. Vitamin D receptor (VDR), which has been detected in almost every tissue in the body. VDR is present inside the cell nucleus. Once bound to its receptor, vitamin D can affect various genes. McGill University in Canada has revealed that vitamin D can affect more than 900 genes, directly or indirectly. In this way, it regulates a wide variety of physiological processes within the cell.

Researchers have found that vitamin D deficiency is much more common than expected. In fact, it has reached a pandemic dimension worldwide. It partially explains the epidemic of chronic fatigue, osteoporosis, heart disease, hypertension, diabetes, cancer, asthma and other immunological diseases. Proper vitamin D supplementation can help prevent as well as treat most of these diseases. Unfortunately, most doctors do not take vitamin D seriously, also because it is mistakenly called vitamin D. To call a hormone as vitamin is a serious mistake which, unfortunately, continues to this day. [4]

Vitamin D is one of the most important biological regulators of calcium metabolism. Along with the two peptide hormones – calcitonin and parathyroid hormone, vitamin D is responsible for maintaining calcium balance. These three substances also play an important role in phosphorus homeostasis. [9] 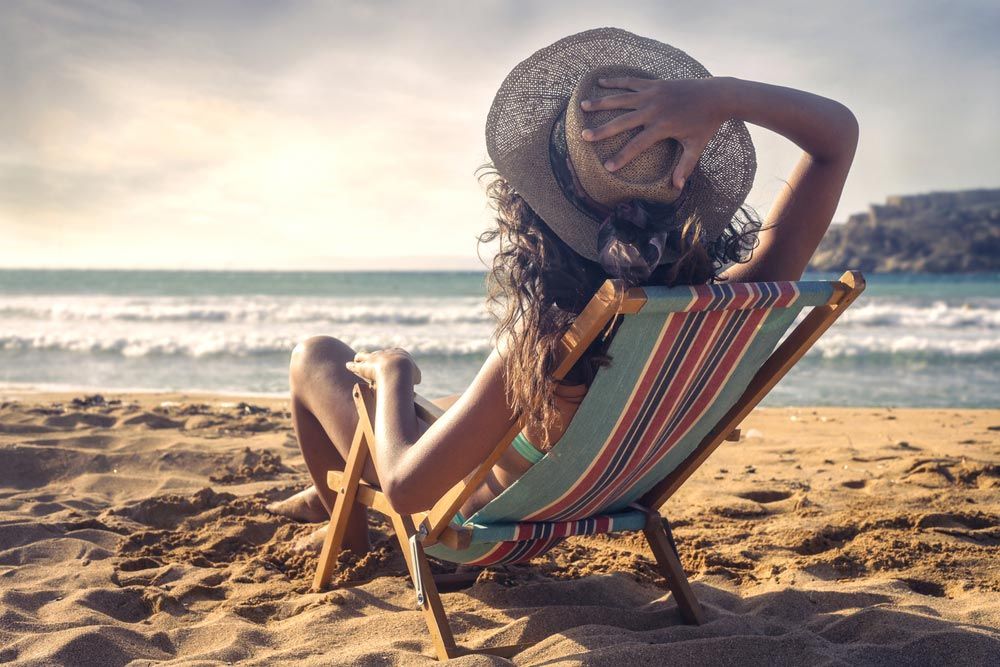 In 1923, Goldblatt and Soames unequivocally identified that when the vitamin D precursor in the skin (7-dehydrocholesterol) was exposed to sunlight or ultraviolet light, substances equivalent to the fat-soluble vitamin were created. Hess and Weinstock confirmed the statement – “light equals vitamin D”. They carved a small part of the skin, irradiated it with ultraviolet light, and then fed it with a group of rickets. Irradiated skin provided absolute protection against rickets, while non-irradiated skin provided no protection. Obviously, these animals were able to produce sufficient amounts of vitamin D by UV radiation, suggesting that this was not a dietary deficiency.

The chemical structure of these D vitamins was established in 1930 in the laboratory of Professor Adolf Otto Reinhold Windaus at the University of Gottingen, Germany. Professor Windaus had 55 PhD students and chemists working on the “Vitamin D” project. He was awarded the Nobel Prize for Chemistry in 1928 for his work on sterols and their relationship to vitamins.

In 1952, Carlsson and Bauer found that vitamin D had a greater effect on the mobilization of calcium from the bones into the plasma reservoir than on the deposition of minerals into the bone. However, this is not a decalcification of the bones. Vitamin D plays an important role in maintaining serum calcium, which is required not only for skeletal mineralization, but also for neuromuscular functions. This discovery defined a new use of vitamin D in increasing serum calcium. [8]

We believe that through this article we have brought you closer to vitamin D and its effects on the human body. Are you using it? If you liked the article, support it by sharing.