There is no shortcut, the health care is long distance run. However, that won’t stop the crazy diets or the sellers from the promotion of products with uncertified effects. One of this diet which is still living is called.

No matter which name you prefer, it will be always difficult to assign the definition to it. The goal is to cleanse the body of harmful substances, often called toxins by the means of hypocaloric diet composed of concrete food (with the choice of buying supplements). Some purifications are focused on concrete organs, while others claim that they will purify you completely from the head to the heels.

Detoxification is very limiting. Foods are limited to fruit and vegetable juices, or other approved drinks. Master Cleanse prescribes 6-12 cups of lemonade with maple syrup and cayenne pepper on a daily basis. That should be drunk every day as only one nutrition to get rid of toxins from your body and according to the author of this purification, it supports the elimination of all diseases. 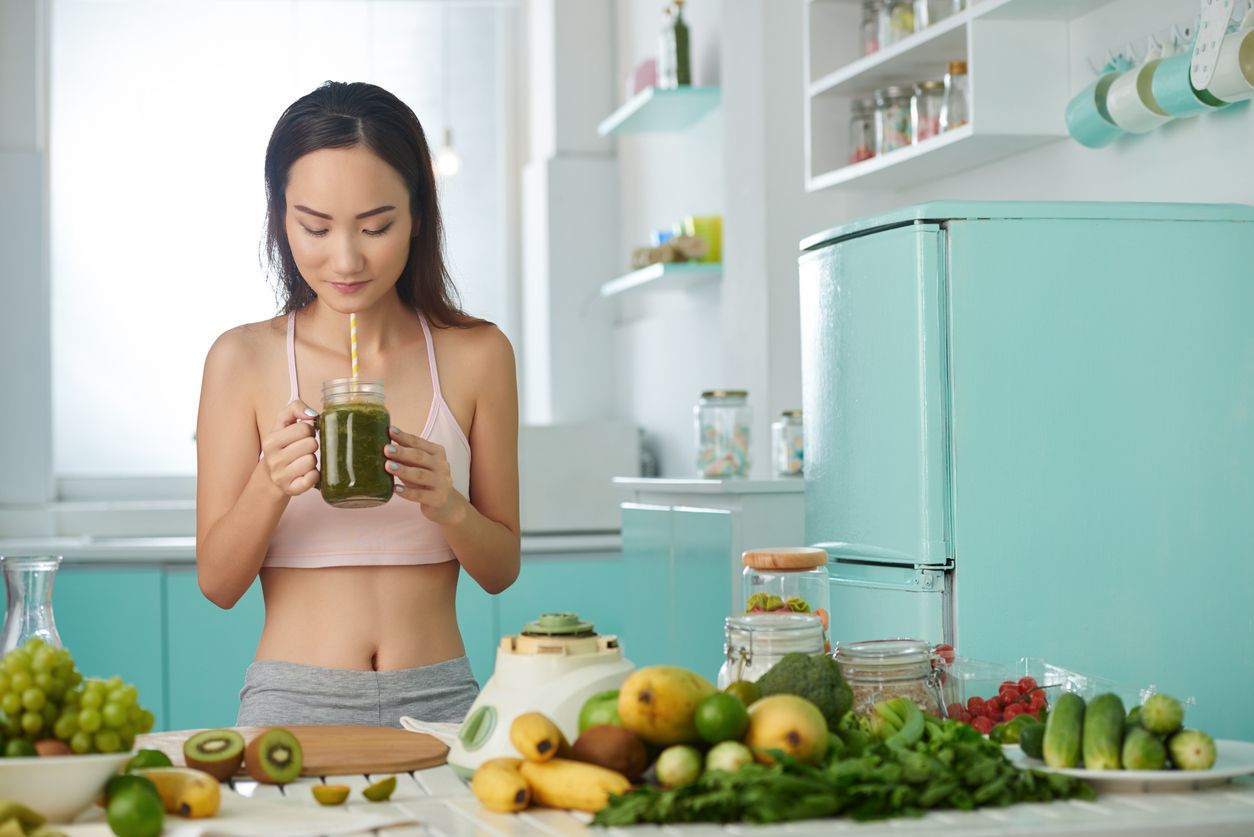 Since detoxification diets differ one from another only in details, it doesn’t have to be analysed in detail because eventually, they all will be replaced by another variant.

Briefly, detoxification diets are built on the presumption that human body piles toxins and metabolic waste and this is because of the exposure to pesticides, various polluting and additional substances in food.

Drinking of tea, juice and take a few supplements is enough and you will look just like Gwyneth Paltrow – without work out or plastic surgeries. The truth is, if you are not addicted to heroin or you are not threaten by alcoholic poisoning, you probably don’t need detoxification.Source

According to detoxification gurus, between the food which causes “toxic congestion” belong milk products, gluten products, coffee, alcohol and red meat. But tomatoes, peppers and eggplants do not belong to this group because there is (mistakenly) claim about them that they cause inflammations. Detoxifications and purifications promise that will give your body a break from processing of all these toxins. 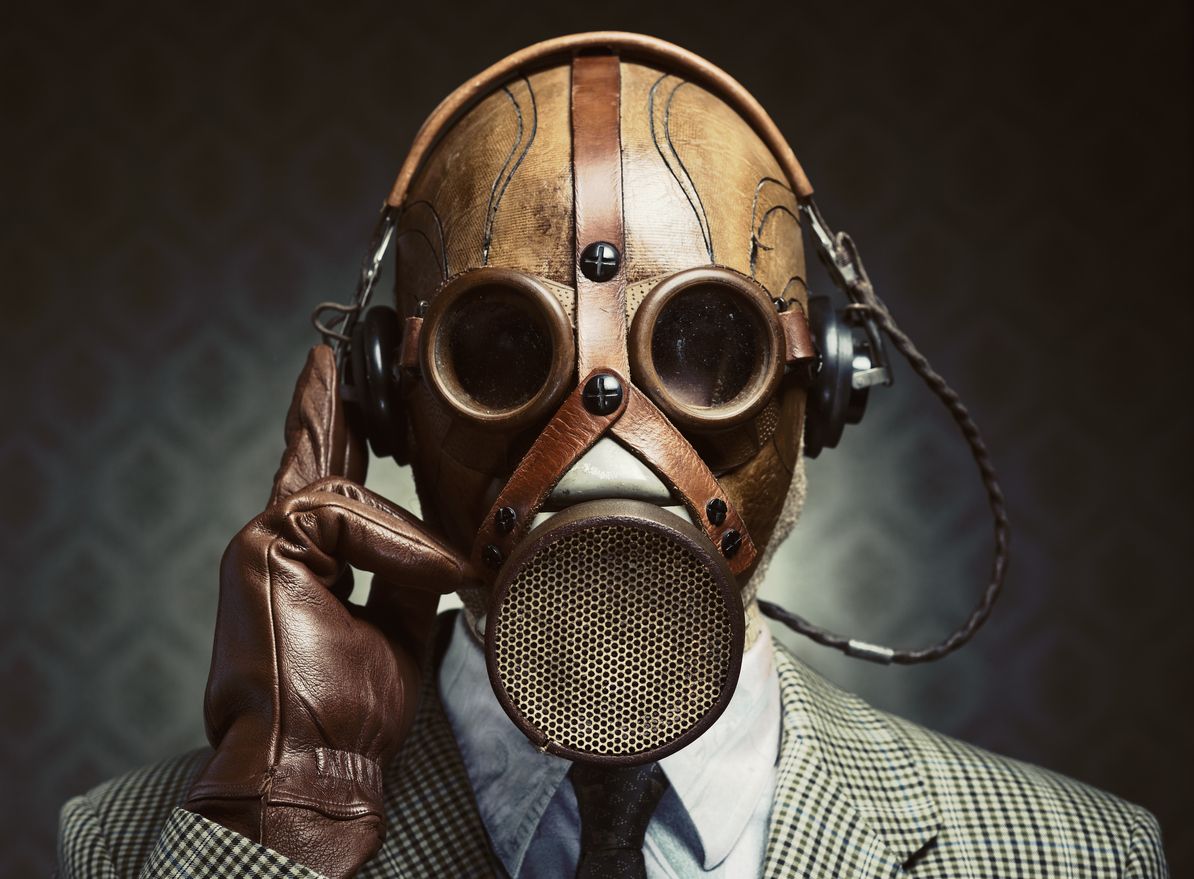 However, according to the National Library of Medicine in USA “toxins are substances produced by plants and animals which are toxic for people. Toxins can be found in some medicines which are in small amounts useful but in a big amount, they are toxic.” (Like said later, any substance can be toxic depending on the amount.) In spoken language, “toxins” can be related also to toxic substances, poison produced by any human in environment, usually due to its pollution.

In relation to detoxifications, “toxin” is any substance which is supposed to be toxic or harmful including heavy metals, polluting substances, pesticides, preservatives or food additives such as food industry colors, corn syrup with high content of fructose (HFCS) and other synthetic chemicals. 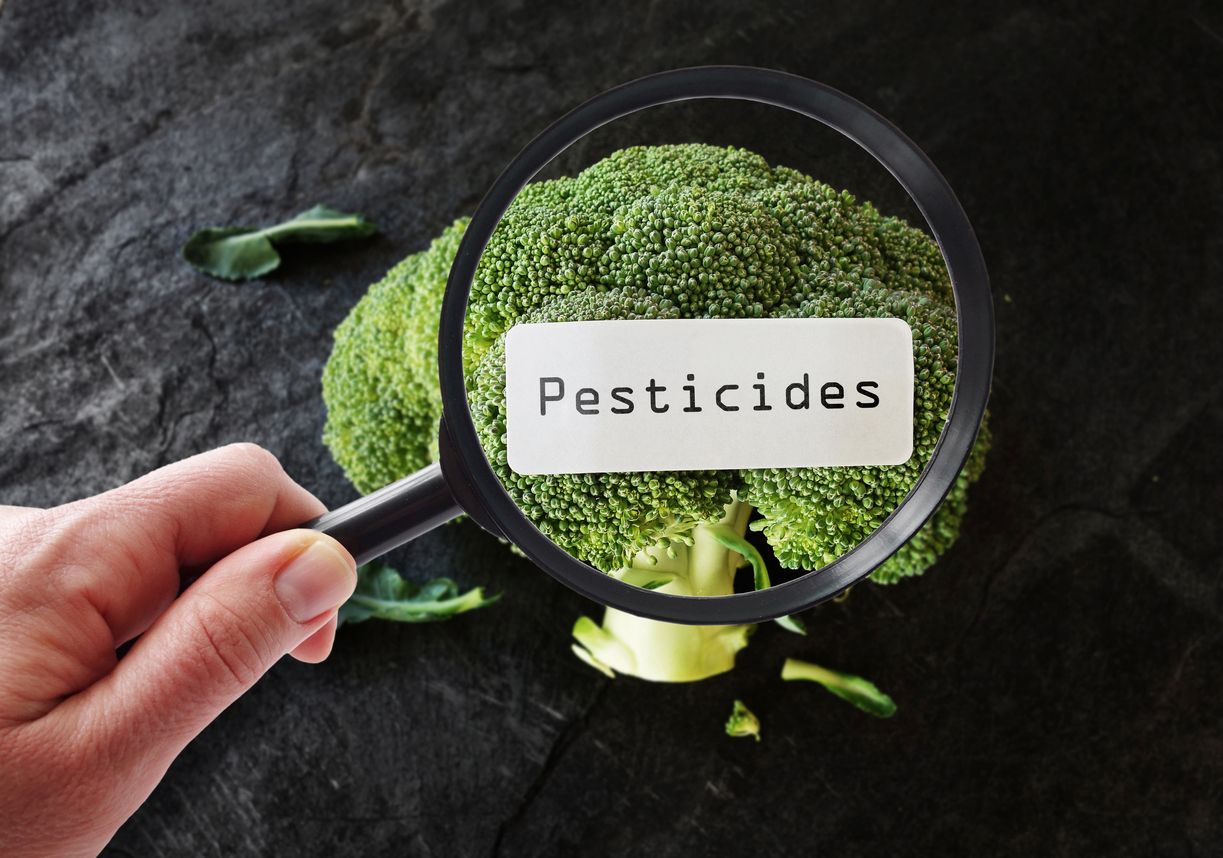 Despite that breathing of pesticides or drinking of polluted water is harmful for your health, that can’t be said about all synthetic additional substances or modifications. Instead of fear, let’s take a look on what can be improved by science in gray spheres of nutrition.

Toxins and toxic substances cover a wide range of substances, although the unnatural substances need not be harmful.

Context is deciding. Natural or synthetic form, or any other substance can be harmful – it depends upon various factors. For example, cocoa can be used by people in a safe way but for dogs it is dangerous due to its content of theobromine. Conjugated linoleic acid (CLA)causes fatty liver within mices but not within people. You should remember this because there are very frequently studies cited only on the animals to prove that concrete substance is harmful for people.

Dosing is another factor of impacts which must be considered very carefully. Even water may kill you when you drink too much during too little time because it lowers concentration of electrolytes needed for muscles (including heart) and their functioning. [1] Similarly, the same electrolytes which are needed for heart beating, they are not always friends of ours. In USA the recommended daily dose (RDA) is 4,7g for adults. [2] When the same amount of kalium is consumed by the means of food, it is digesting for several hours which is not only safe, but also healthy. However, only 1 gram of pure kalium consumed on an empty stomach with or without water, may have negative impact on health and that is why multivitamins and sports drinks are limited only to 99 mg (0,099g). 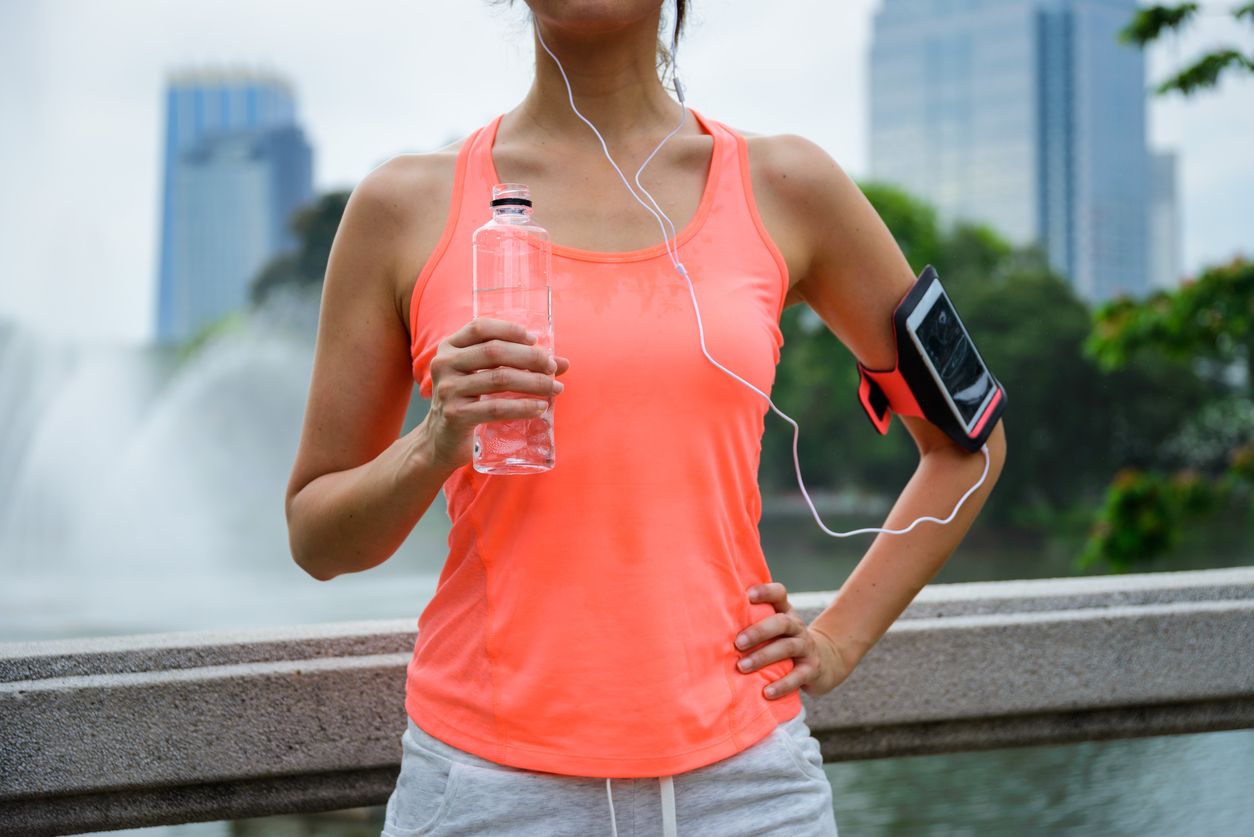 But there are definitely substances which are not always bad, aren’t there? For example, tobacco or alcohol? The answer is yes. For tobacco. But alcohol isn’t that evil. While the increased amount can lead to cirrhosis and increased risk of cancer, little amount can provide little health benefits (protects from coronary heart diseases).

What about modern devil, highly-fructose corn syrup (HFCS)? While it is synthetic, this compound is compositionally familiar to sugar and probably it is no worse than sugar. Sports drink after training or occasional dessert is fine but when you will be consuming many of the HFCS or sugars to generate abundance of calories, there is possibility of health problems resulting from the growth of the weight.

Some substances can pile in cell tissues and this eventually leads to serious health problems. It is applicable mostly to heavy metals. Because fish can contain mercury (heavy metal with halftime break down within people usually usually 50 days) [3] , some people stopped eating this completely and by this, they lost the supply of omega-3 fatty acids. When you take into consideration that amount (not always [4] [5]) makes poison, you could decide that instead of not eating fish that often, you will alternate types of fish or you will focus on fish with lower content of mercury.

Remainings of pesticides in food is another known problem. Despite that, Program of documentation of pesticides (PDP) of US Ministry of Agriculture (USDA) has found out that majority of food on the market contains remainings below the approved limits, which were specified by Environment Protection Agency (EPA). In addition, rinsing, peeling off or cooking can lower the amount of pesticides which have remained on your food. [6] [7]

Factors, such as dosing, determine whether substance, synthetic or natural, harms your health.

Does your body need the detox?

Even when the substance really is harmful, the purification won’t help. Acute toxicity would probably present instant need of doctor help, while the quality nutrition – not lemonade diet with pepper is the right for the chronic toxicity. Liver, kidneys, lungs and several other organs work all the time to eliminate harmful substances and to excrete waste products of metabolism. They don’t need to be cleaned – they are self-cleaning. As long as you don’t suffer with disease of these organs or acute toxicity, these organs can work without any external interferences. They don’t need the help of these diet. 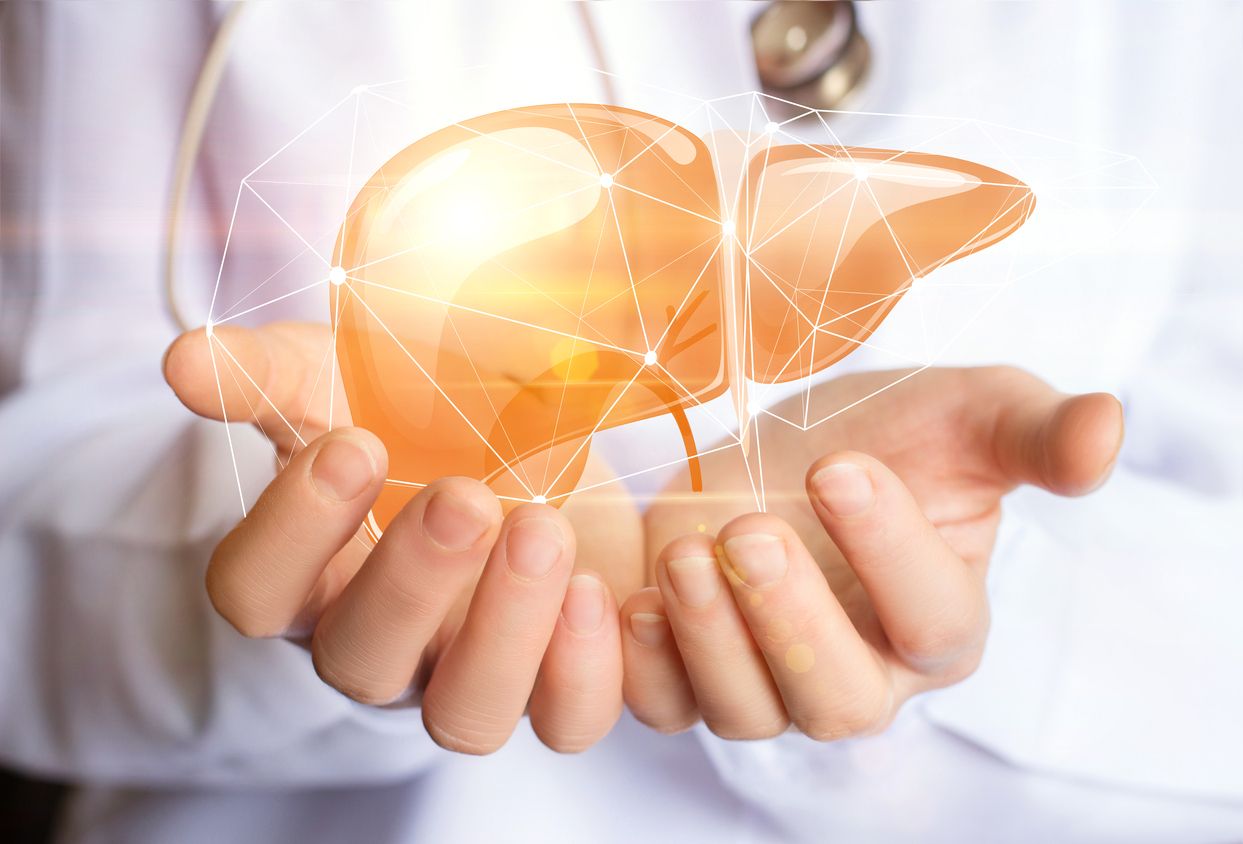 So, no lemonade with pepper. What about commercial products? Unfortunately, examination in the year 2009 has found out that none of the companies (behind 15 detoxification supplements) wasn’t able to provide any form of evidence about the effects of these supplements or their safety. Even worse, these companies can’t even name the toxins on which their products are focusing or they just agree in definition of the word “detox”

The sellers with these products on detoxification and purification never provide any scientific and rational arguments of why some food is considered toxic. This is the first sign that something is not right.

The reality is that no company can name toxin that their products eliminate, this is the evidence of the effects of that purification. To scientificly determinate the effectivity of treatment, researchers must identify toxin first and to exactly measure its accumulation in the body. Only then they can examine the effects of other various compounds, and if they find the one which influences toxin, then they can analyse hypotheses about its impact.

For example, the scientists examine effects of organochlorine pesticides which pile within mammals [8], they know not only the name of examined toxin but they have also found that its accumulation can be endangered by orlistat, medicine against obesity. [9] In reality the mechanism of the effect of this medicine is largely understanding.Orlistat limits these concrete pesticides on the intestines which will eliminate them as a waste. [10]

Human body piles low levels of harmful elements such as heavy metals or some substances soluble in fats but it has established mechanism for their elimination over time. Even toxications by heavy metals are rare, and then they are cured by chelating reagents, not by detoxification diets or products. 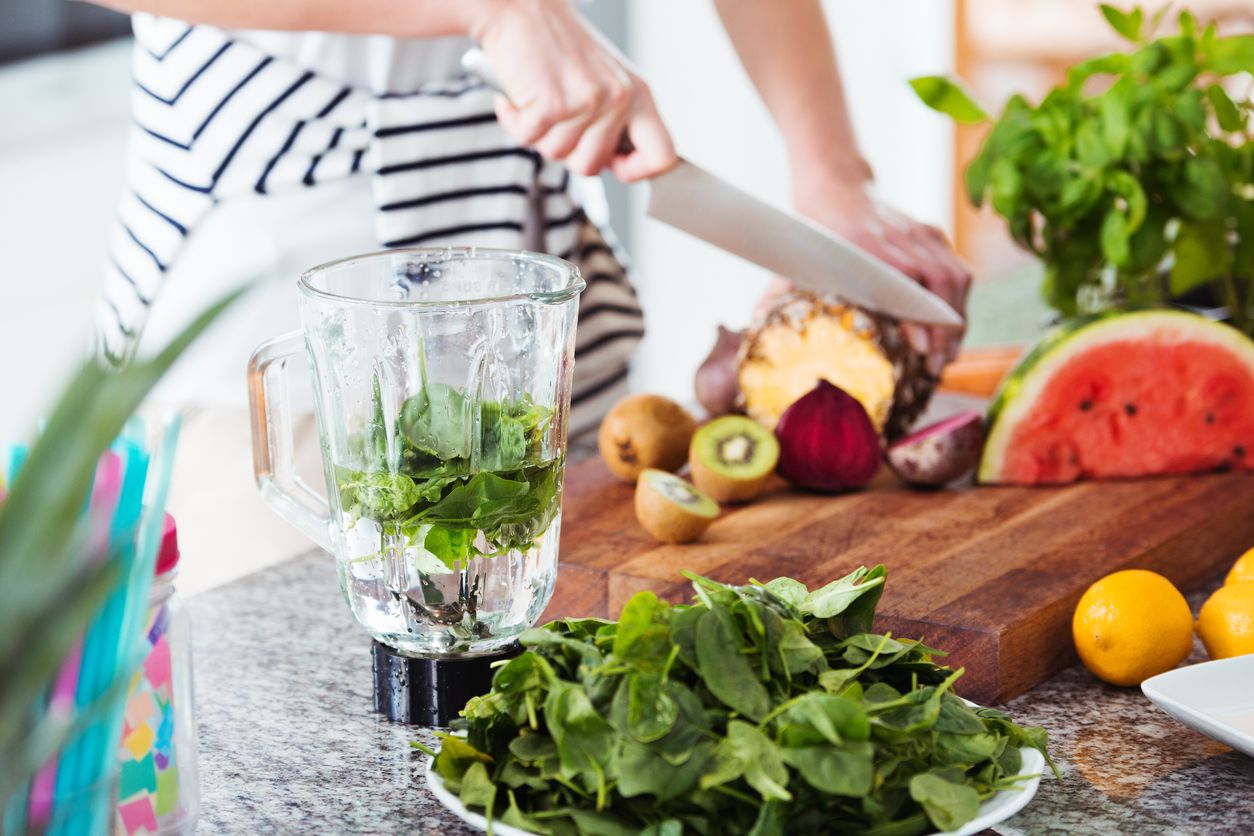 What does science say?

Studies about purification are rare and according to a recent message, they are not very persuasive because they suffer with “little samples, deformation when taking the sample, deficiency of controlling groups, reliance on their own message and more likely qualitative than quantitative measurements”. [11] Despite the lack of evidence for the support of its effects, detoxification diets and commercial purifications remain popular partly because many unofficial messages apparently support their effectivity at weight loss and overall health.

Why does the crazy idea of detox spread despite the proven deficiency of benefits? One of the answers is fast weight loss. Which could be great… when the weight loss meant fat loss all the time. 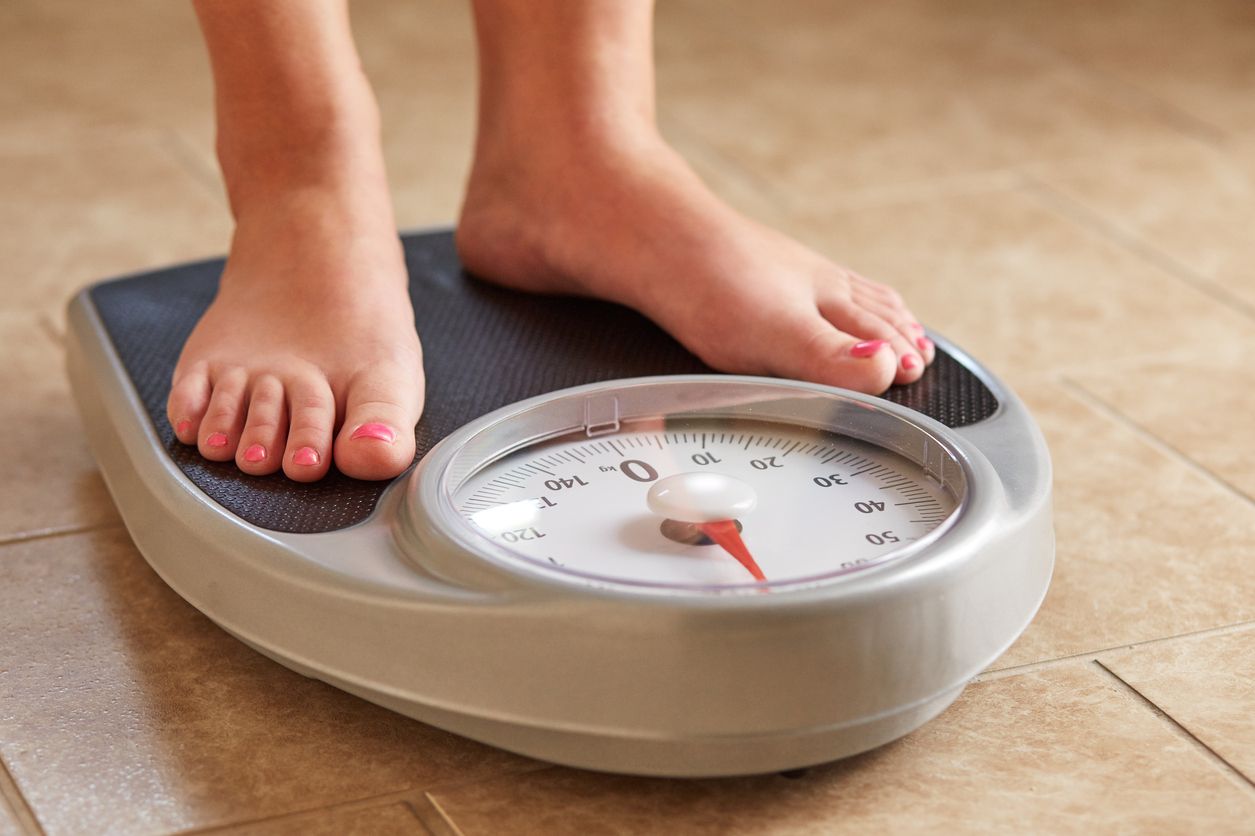 For storing one gram of glycogen into liver and muscle, body uses 3 grams of water. Storage of glycogen is easy to empty during 24-48 hours – when the body doesn’t obtain the sufficient amount of carbohydrates, it leads to weight loss. [12] As soon as regular eating habits is renewed, glycogen and water comes back.

Despite that, this temporary weight loss leads to that many people accredit health benefits to purification that have just done. Besides, the majority of people eat wrong and detoxification diet is about vegetable and fruit. That is why for majority of people detoxification diet means less calories but paradoxically more vitamins and other valuable micronutrients. In this case, diet is really beneficial but not more than quality food.

So instead of “spring purification”, try to focus on healthy habits which you can use for a long time such as eating nutritious food. Many proteins, leaf vegetables and food rich in minerals, which are not only tastier than this purification, but also better for you. [13] [14]

People who eat healthy and balanced food which contains of nutritionally valuable food with minimum processing, don’t have to fully avoid concrete food or restaurants. Definitely they don’t have to purify themselves after consuming food which can contain undesirable additions. Evidences for the support of detoxification food or products simply don’t exist. As long as it is about you (and your wallet) you will do better if you allow your body natural detoxification for dealing with “toxins”. 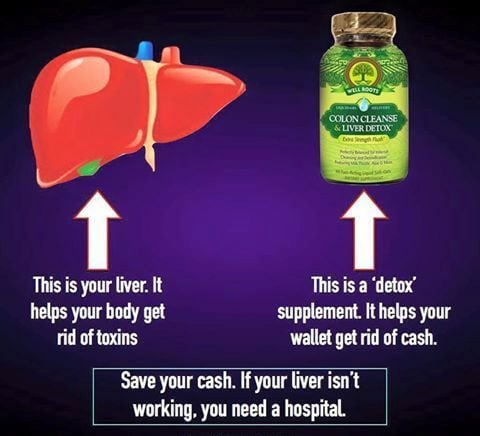 We are really curious of your opinions concerned with detoxification – share in comment sections, and if you like the article and think that is useful, support it by sharing.