Weight and fat loss are not an easy feat. A vigorous turnaround usually results in burning more motivation and strength than fat. Fortunately, we can learn from successful ones. Check out the best strategies and tips from eight athletes. Try to incorporate these 17 fats burning tips about exercise or eating and build a winning formula to fully work out your body.

1. Do not ditch the heavy weights

Surely you have already come across a theory claiming that you should train with light weights and a high number of repetitions to burn fat. However, the opposite is true. As personal trainer Lindsay Cappotelli recalls, “I have been lifted weights for over 10 years and found that heavy weights lifted for 5-8 reps with a focus on big lifts like the squat, deadlift, and bench press has worked best for me.” 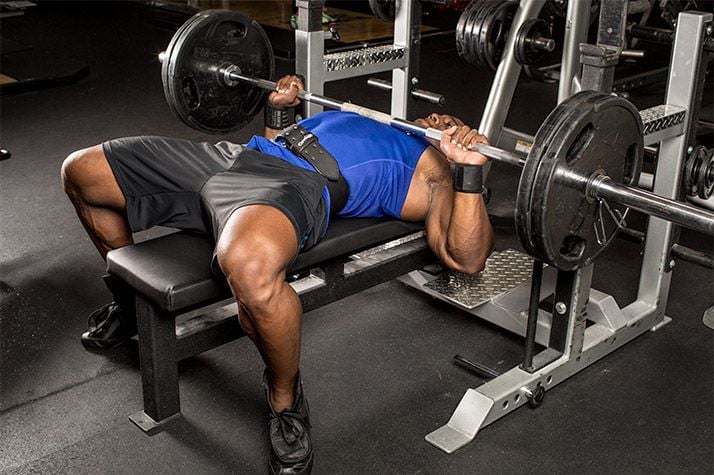 “I believe in going heavy when you can as often as possible.” – actor and fitness model James Joseph Pulido

2. Use supersets for superior results

Resistant training seems to pay off in fat loss, but you might better off thinking about ditching the straight sets. Many athletes, especially before the competition, changed the organization of their workouts.

„I find incorporating circuits, dropsets, and supersets really does the trick for me,“ says Canadian Nick Opydo.„Keeping your heart rate high and taking shorter breaks is essential when trying to shed fat.“ „I’m a big fan of supersetting exercises for opposing muscle groups with short rest periods to keep the intensity high,“ adds Cappotelli. 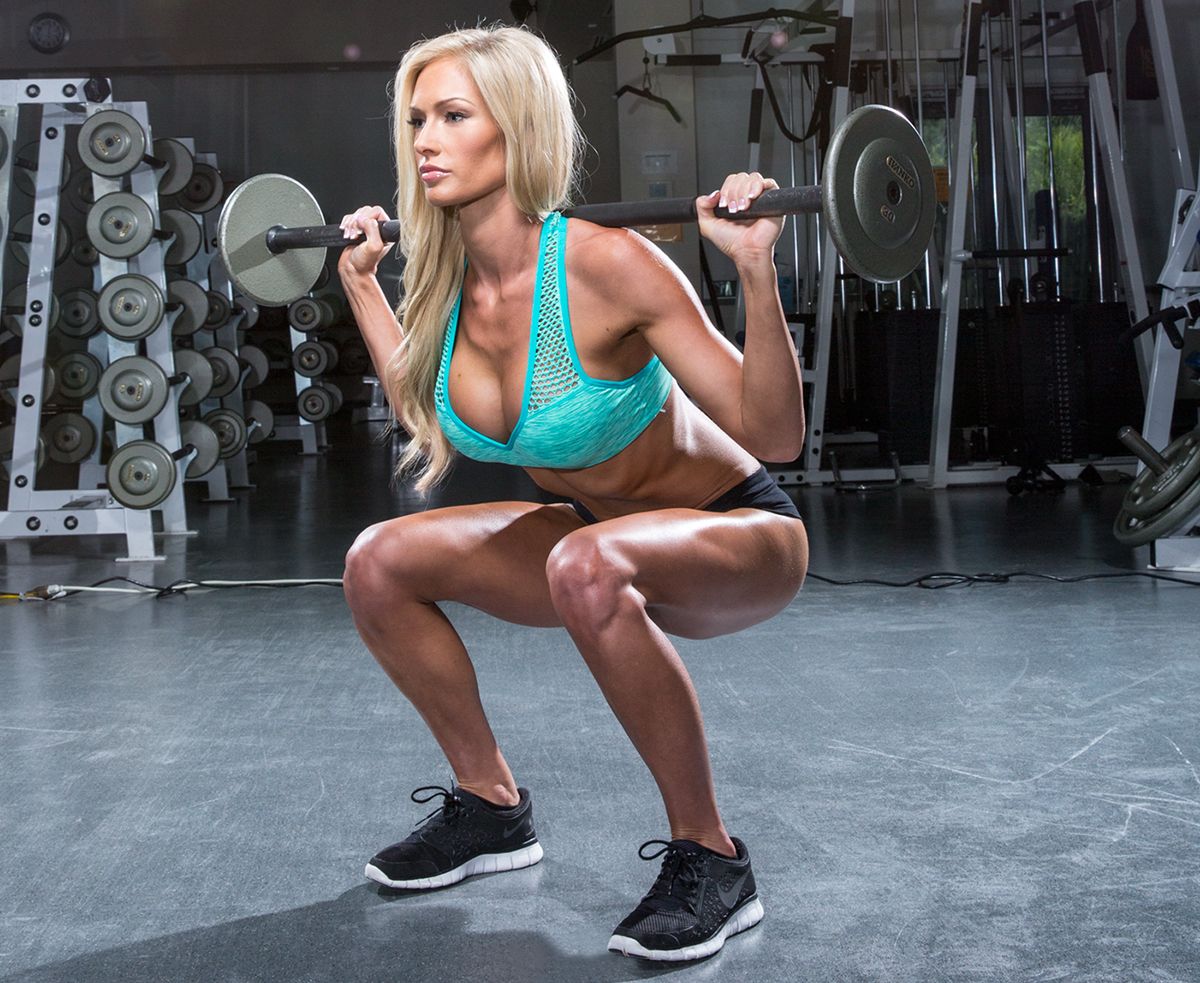 Texas trainer Jesse Hobbs concurs: „When trying to lean down and bring out definition, I recommend high-volume supersets. At the end of every rep, you can also pulsate the final movement for 5-6 pumps.“

When cutting fat, Phoenix businessman and fitness model Dave Dreas also relies on supersets. “I’m a fan of supersets and pairing up certain body parts so you can train them 1-2 times a week,” he says. “If you have a good program laid out, you can cycle through higher weight and high volume.

” Superset is basically very simple. You will practice two exercises in a row with no or minimal break, usually you go to another machine or weight barbell.”

Catching your breath for extended periods between sets isn’t going to work if your aim is fat loss, says Alberta personal trainer Cody Ivey. While he’s also a big fan of supersets, Ivey also doesn’t rest more than 30 seconds between any set when he’s leaning out. 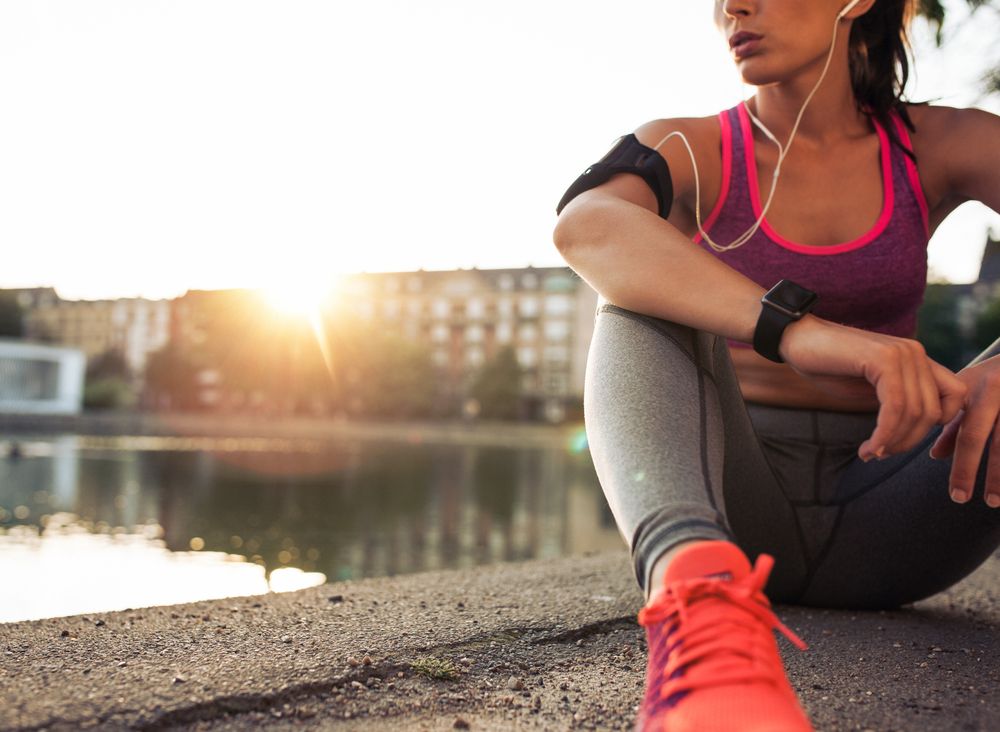 While some athletes eschew cardio, that doesn’t mean they don’t integrate metabolic “finishers” into their resistance workouts. “What’s worked for me in the last few years for fat loss has been adding in short, 5-10 minute finishers after my strength-training workouts 1-3 times per week,” says Cappotelli. “A few examples are several sets of heavy farmer’s walks, battling ropes, double-unders (jump rope), kettlebell swings, and prowler sprints, or a combination of those.” 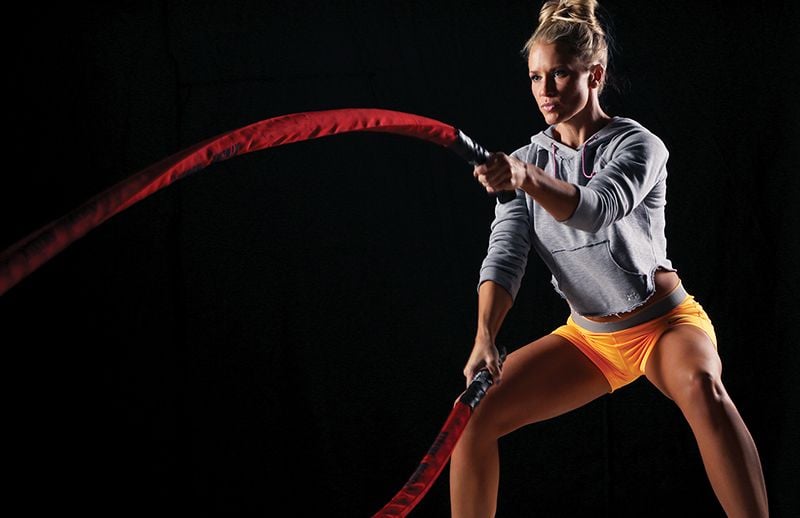 High-intensity interval training, often called HIIT not only burns a slew of calories as you alternate all-out sprints with easy recovery periods, but it’s been shown to significantly boost post-exercise calorie burn for up to 24 hours. 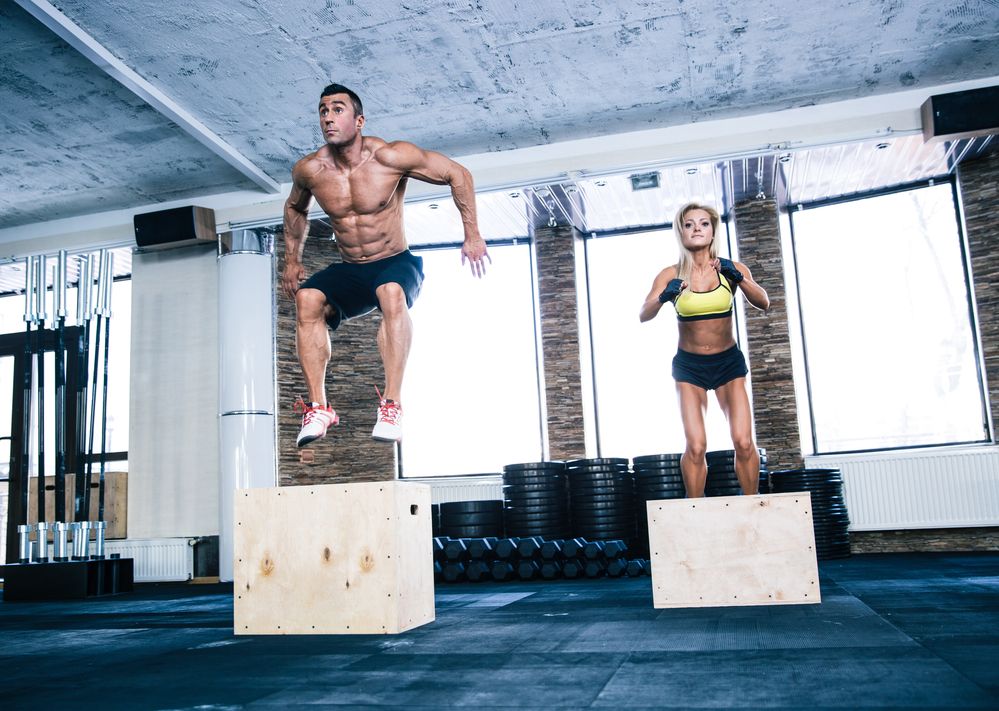 To ensure that high-intensity intervals don’t gobble up circulating amino acids in your bloodstream intended for muscle repair and building, Ivey suggests taking BCAA aminoacids, prior to training, especially if you prefer fasted morning cardio.

You can certainly use the treadmill, stair-climber, or elliptical in the gym to do high-intensity intervals. But, California physique competitor Jimmy Everett, recalling his old football days, prefers HIIT training with elevation or on football pitches. Not only does that allow him to take advantage of the great weather, but he finds it more motivating to train outdoors, far away from the monotony of cardio machines. 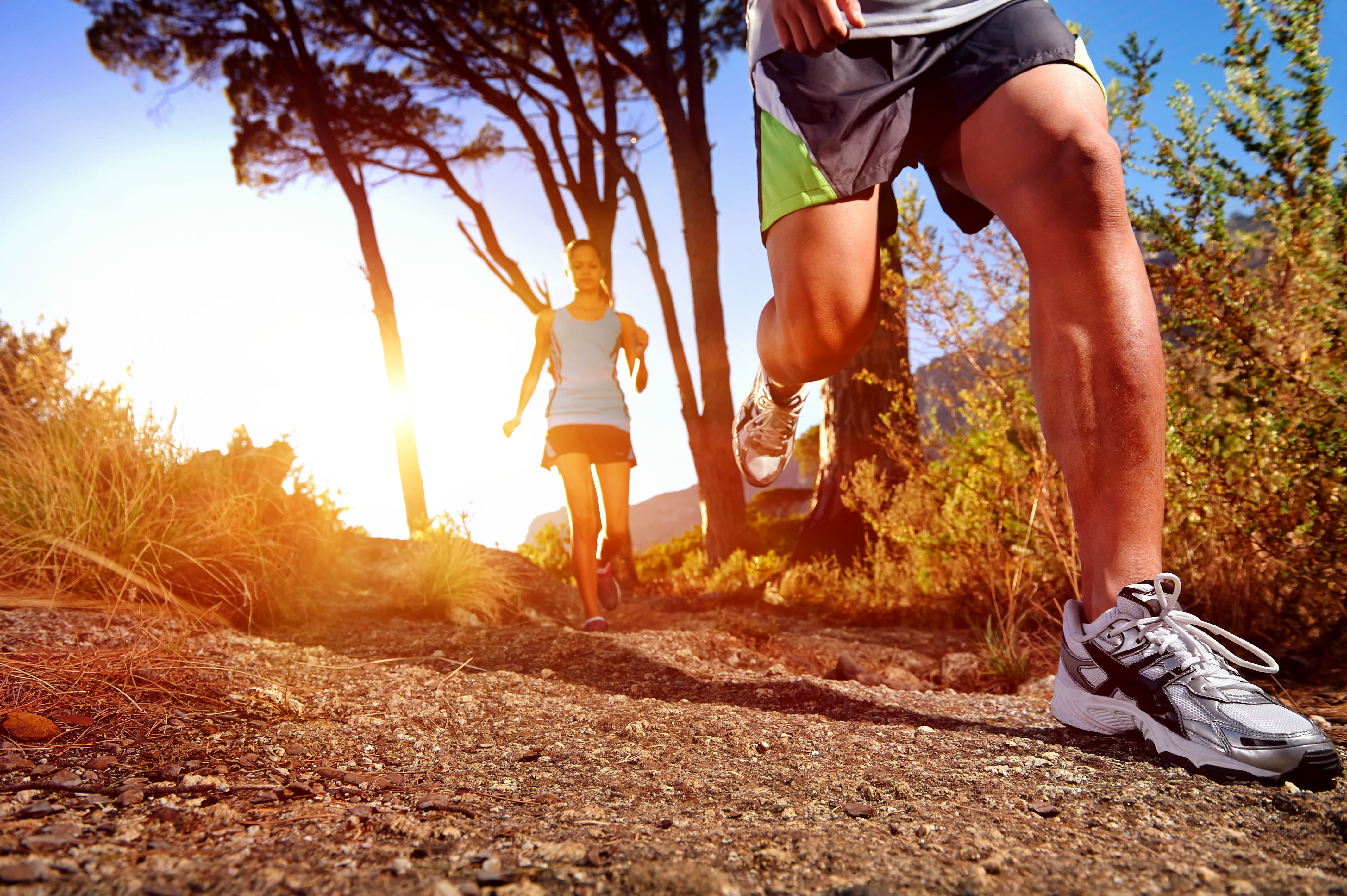 Cycling your carbohydrate intake, in which you reduce your consumption of carbs to fairly low levels — about 50-100 g per day — for several days, followed by a high-carb day, is a common approach in successful fat-loss programs. 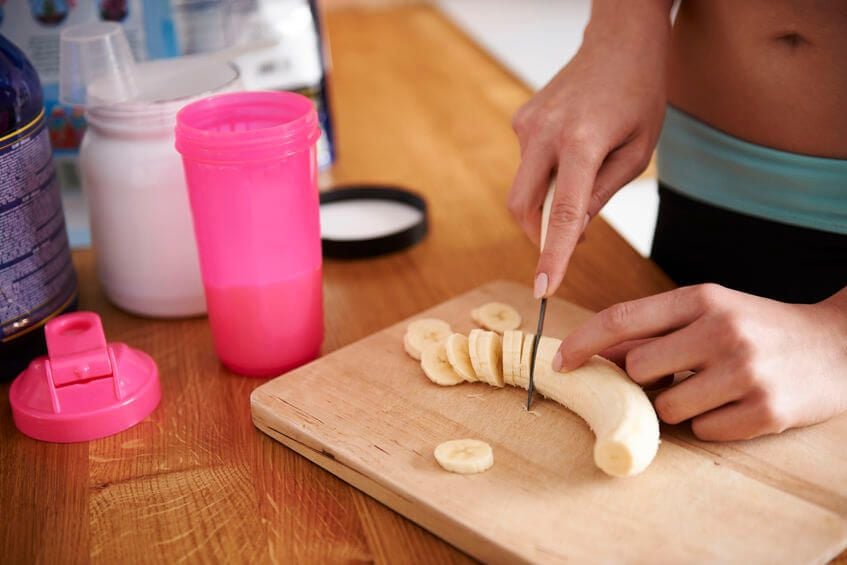 For many athletes and bodybuilders like Everett, the high-carb day coincides with a leg day or heavy back day with the extra glycogen can be put to use powering through particularly tough training sessions. If you cycle your carbs, the higher-carb days to coincide with a heavy workout.

If you enjoy a glass of juice with your meals or use it to mix your protein shake, watch out for the extra calories. While Pulido suggests the occasional glass may be fine, he reminds you that liquid calories “aren’t filling as whole foods that provide more volume.”

According to research in the American Journal of Clinical Nutrition, 37 percent of Americans’ total daily calories come from sugar-sweetened drinks, including sodas and fruit juices, yet these calories do little to make you feel full. If you crave something sweet, a whole fruit provides more vitamins, minerals, and fiber, plus you’re less likely to eat additional foods because the volume is greater in your digestive system.

Exchanging higher-fat foods for lower-fat alternatives are always an easy way to save on calories, but many fear that the lower-fat versions aren’t as tasty. You may have trouble exchanging full-fat milk, for example, for its nonfat counterpart because of the latter tastes and bit watery. 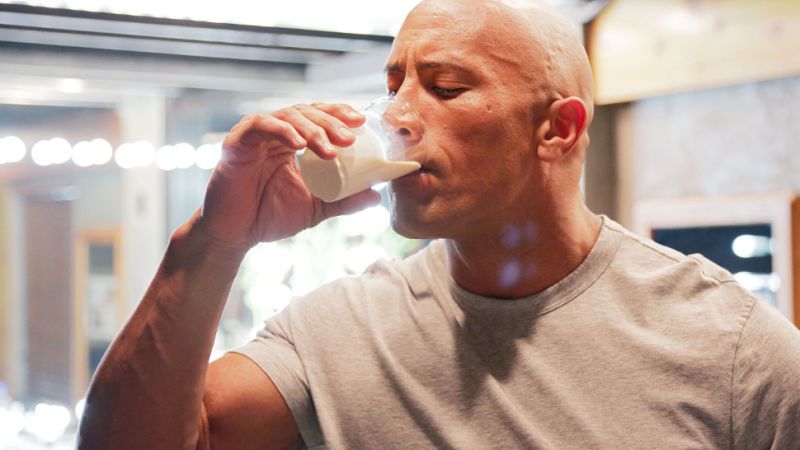 Try this trick: Use nonfat milk for about three weeks, and then switch up to 1 or 2 percent milk. Suddenly that milk will taste creamier than the nonfat milk without having to resort to the full-fat version. And for every eight ounce glass, you’ll save nearly 50 calories and six grams of fat.

If you are cutting calories, especially from dietary carbohydrate and fat sources, your body is more apt to start using amino acids for energy, which is one reason why the majority of athletes spoke with increased protein intake while on a fat-loss the program. Whey powders are mixed easily and can consumed without a blender, you only need shaker.

Every physique athlete knows the power of a good fat-burner. Great example is Synephrine, that works by stimulating thermogenesis- generates heat in the body, increasing energy expenditure. The body thus expends more energy from itself. Of course, if you add physical activity and a balanced diet to it, you will get results faster. While you should never expect a supplement alone to make you lean, a solid fat-burner can complement a smart fat-loss plan.

If you remove all foods from your home you may be tempted to overeat, like snack foods and candy. Anything is OK in moderation, and a cheat here and there with „cheat meal“ is fine. But, many people have a difficult time with temptation and moderation. If you like little snack in the evenings, this method works the best: Simply don’t have it around and you don’t get chance to eat it. 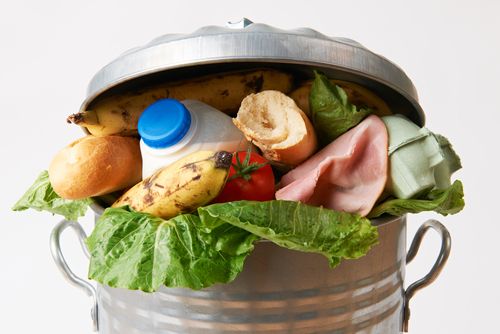 If you’re lax on your diet, Canadian personal trainer Opydo suggests a simple solution: taper off your calories as the day goes on. “I find that, when dieting, when I eat the majority of my food during the day, I don’t get as hungry toward the evening and I don’t binge at night before bed.” 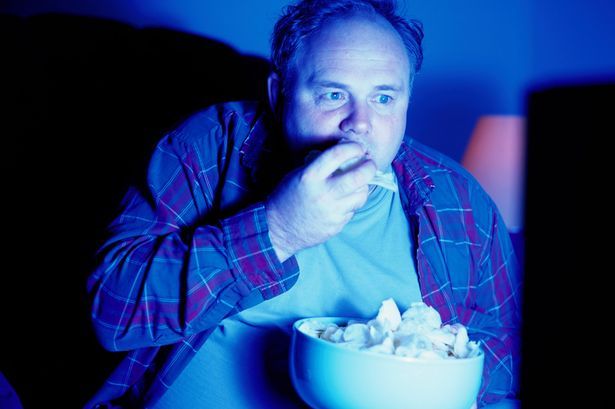 If you’re looking for the recipe for long-term success, the answer entails more than following a short-term dietary fix to lose a few pounds. How do you keep the weight off for good? By adopting the lifestyle.

“I just live my life around being healthy and active and staying optimistic, loving what I do,” says 30-year-old Everett.

As you already know, you’ll be more successful if you’re able to make permanent changes in your food choices, but few of us have the machine-like ability to resist tempting snacks when cravings arise.

“So many people go to extreme measures, cutting out carbs or going on a very low-calorie diet, which may work at first but is not healthy in the long run. So many people think the key to fat loss is always less, but what most people do not realize is that eating enough food is just as important in maintaining a healthy metabolism”

A number of fitness models and athletes confided there is simply no shortcut to success.

“There’s definitely no secret to fat loss. It just takes good old fashioned hard work and dedication,” adds Cappotelli. “Just like with anything, the keys are time and consistency. Results come by doing the right things day-in and day-out. It’s making the right choices and sticking to your workout plan consistently, not looking for a quick fix or the secret formula to rapid fat loss.”

“Bottom line is that there is no easy way out,” adds Opydo. “There’s no overnight recipe for washboard abs — the secret is consistency and effort. If you make the time and commitment to work toward your fitness goals, eventually you’ll get there!”

15. Find a sparring partner to push you

Florida’s Tricia Ashley gets a big lift from her boyfriend, who doesn’t just coaches but gives plenty of motivation. Working out with a more advanced friend or a significant other can provide a big boost. “I love working out with my boyfriend. He makes me move, keeps me focused, and pushes me when I’m tired,” says Ashley. 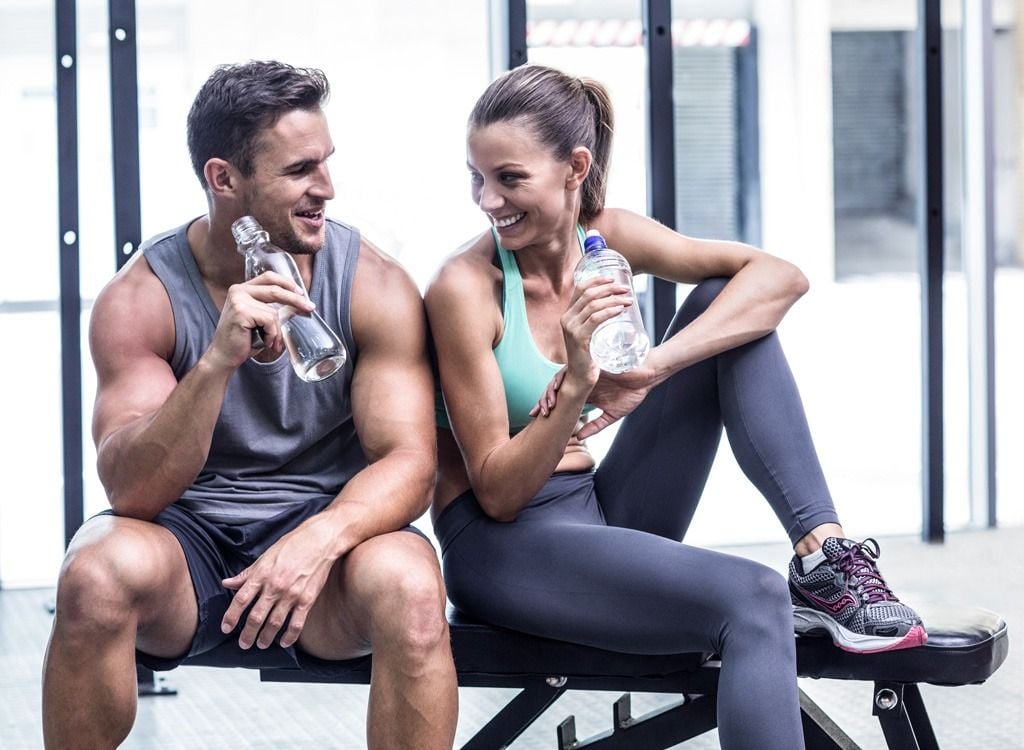 “I love to work with my fiancee,” adds Hobbs, who competes in bodybuilding. “She motivates me more than anyone. And our lifting sessions seem to turn into competitions every time we train together, so we always push ourselves to the next level.”

16. What fat-loss advice is the most overrated?

“The most overrated aspect of losing body fat is so-called miracle diets,” says Opydo. “People are always looking for an easy way out without having to put in the time and effort.”

17. What fat-loss advice is the most underrated?

“In my opinion, the most underrated aspect of fat loss is food choices,” says Everett. “Everybody wants to lose body fat and look and feel better, but they don’t want to eat healthy. We are always looking for ways around the good foods that are proven to work time after time.”

“Many people avoid HIIT cardio for fear of losing muscle, but this kind of training actually builds muscle,” adds Ivey. “People tend to prefer steady-state cardio, but I find that HIIT training is where you’ll see your body change the most.” 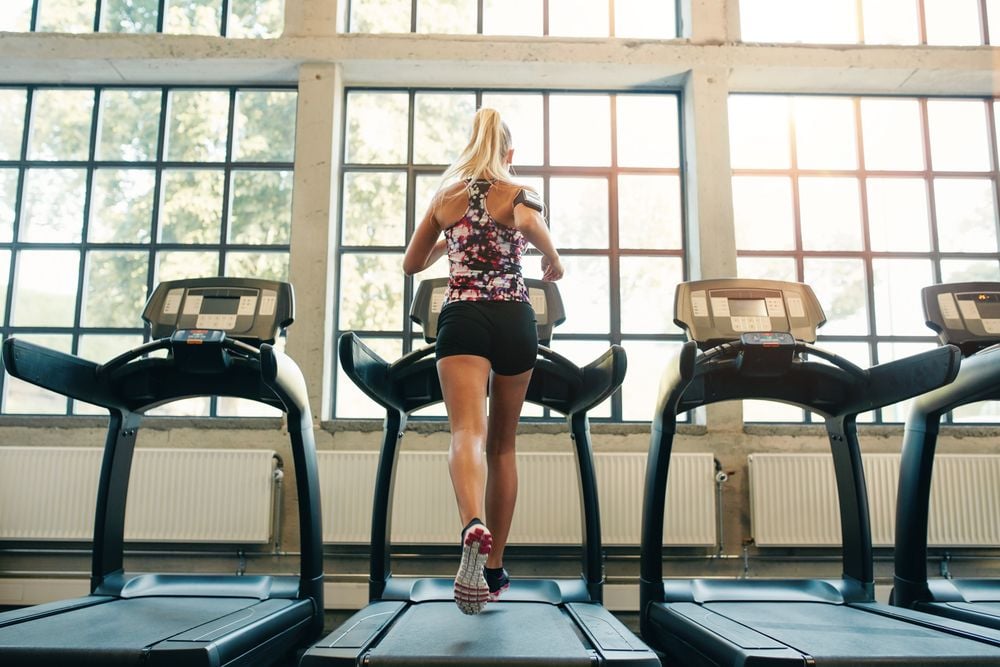 What do you think of these tips from fitness trainers and competitors? Will you try to integrate them into your training and eating plan? Or do you have other tips you want to share to help others? Write them in the comments. If you liked this article, support it by sharing.