The professional bodybuilder Kai Greene from Brooklyn brags with the weight of 116 to 121 kilograms during the competition period. His chest has a circumference of 148 cm, legs 85 cm and hands 56 cm. However, this is just a few of the attractions that you will learn about Kai Greene in this article.

Kai Greene became famous and gained his reputation in 2009 at the Arnold Classic competition, where he lost the first place in only a single point.He also won the 2nd place in the contest Mr. Olympia in 2012, 2013 and 2014, where he overthrew Phil Heath. He currently has his own brand of supplementation and fitness clothing Dynamik Muscle. 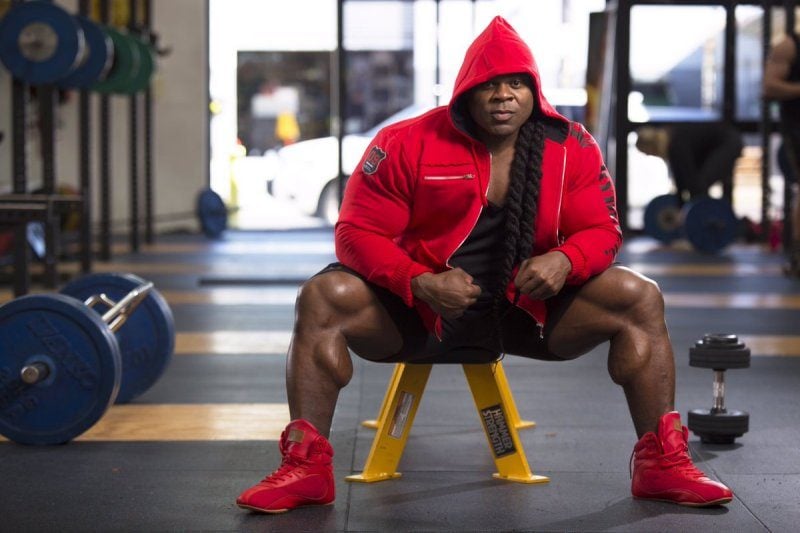 Who is Kai Greene?

Kai was born in Brooklyn, New York. At the age of 6 years he was sent to the orphanage due to his problematic behavior. Over the next 10 years he travelled from one orphanage to another and often switched the foster families. In this period he found his safety place in lifting weights and exercising. Besides that he was excellent in bodybuilding, he had a huge passion for painting. These two different worlds eventually met, thanks to the fact that he began to transform his body. Through the physical changes he observed, he was able to better understand space, movement and details. He is using all that knowledge in creating his paintings today.

His eye-catching growth and development caught attention of his English teacher in the seventh grade. His behavior at school was more than bad, so she proposed to Kaiovi the opportunity to compete in a teen bodybuilding competition. Thanks to his enthusiasm and desire to compare his physique with the competitors in his age, bodybuilding became a tool for Kai that kept him under control. 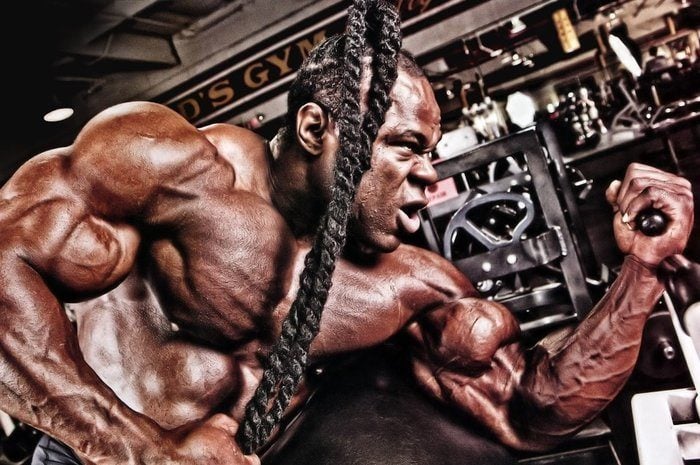 The beginning of his bodybuilder career helped him gain confidence and trust in his ability. At this time, he found himself in a place that became his second home and educational bodybuilding institute – 5th Avenue Gym. The gym in the cellar was the place where Kai met one of the most impressive natural bodybuilders. Some of them were, for example, Carmi Smith, Kenny Hall or Denise Richardson.

Before his 19th birthday, Kai became PRO bodybuilder, while keeping the “position” of the youngest PRO bodybuilder in the world. His PRO status has just ensured his participation in many competitions, which shifted his bodybuilding career to a new level. [1]

Kai Greene and his successes 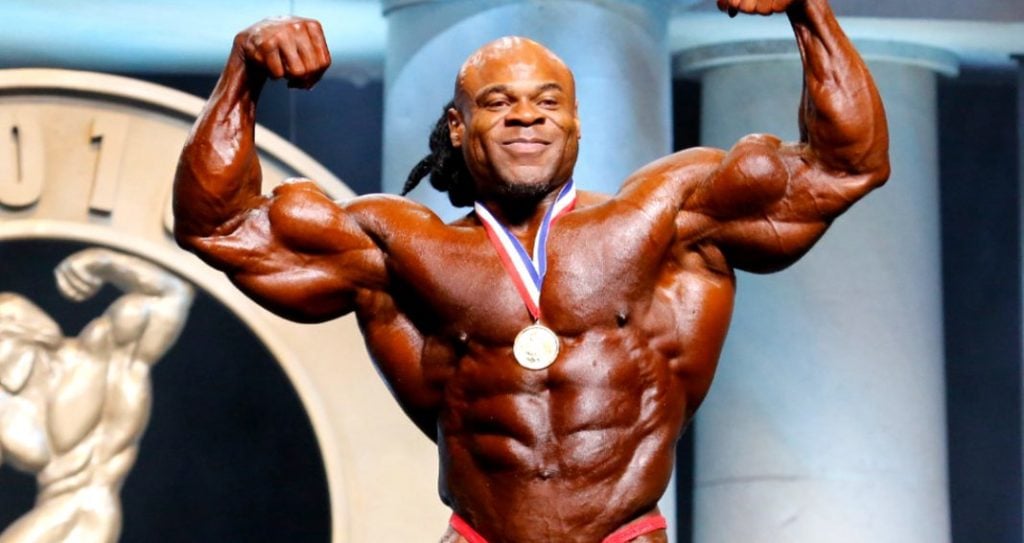 Kai Greene and his unfulfilled dream of getting a title of Mr. Olympia

Kai Greene was in 2015 one of the favorites to obtain the prestigious bodybuilding award Mr. Olympia. However, instead of getting the title he was excluded from the competition and got a ban to participate in other events Mr. Olympia. The true reason never came public, however, some argue that it is because Kai’s past, some that there are disagreements due to his brand. With tears in his eyes he announced his fans through Youtube video that he was excluded from the competition:

You can see the full video here:

Kai Greene and his training program

The basic thing in training is linking your mind and muscles. If you are going to a bodybuilding competition, for example, posing should be part of your workout. It can help make your muscles and mind “speak” in the same language. Kai used to make 100 pushes a day, thanks to the fact that he was able to connect his mind and body by exercising the same muscle group every day. Thus, his mind was accustomed to this and was ready for further training.

To be able to really exercise your muscles, you have to follow the feelings. As Kai tends to present – weights are the tool that you control. Focusing only on lifting the weight itself has no meaning. As we have mentioned, you should be fully focused on controlling and connecting your muscles the most. Don’t focus on the weight you’re lifting! It is very important to know your body and understand it. This will help you to feel whether or not you have hit the muscle. [3] 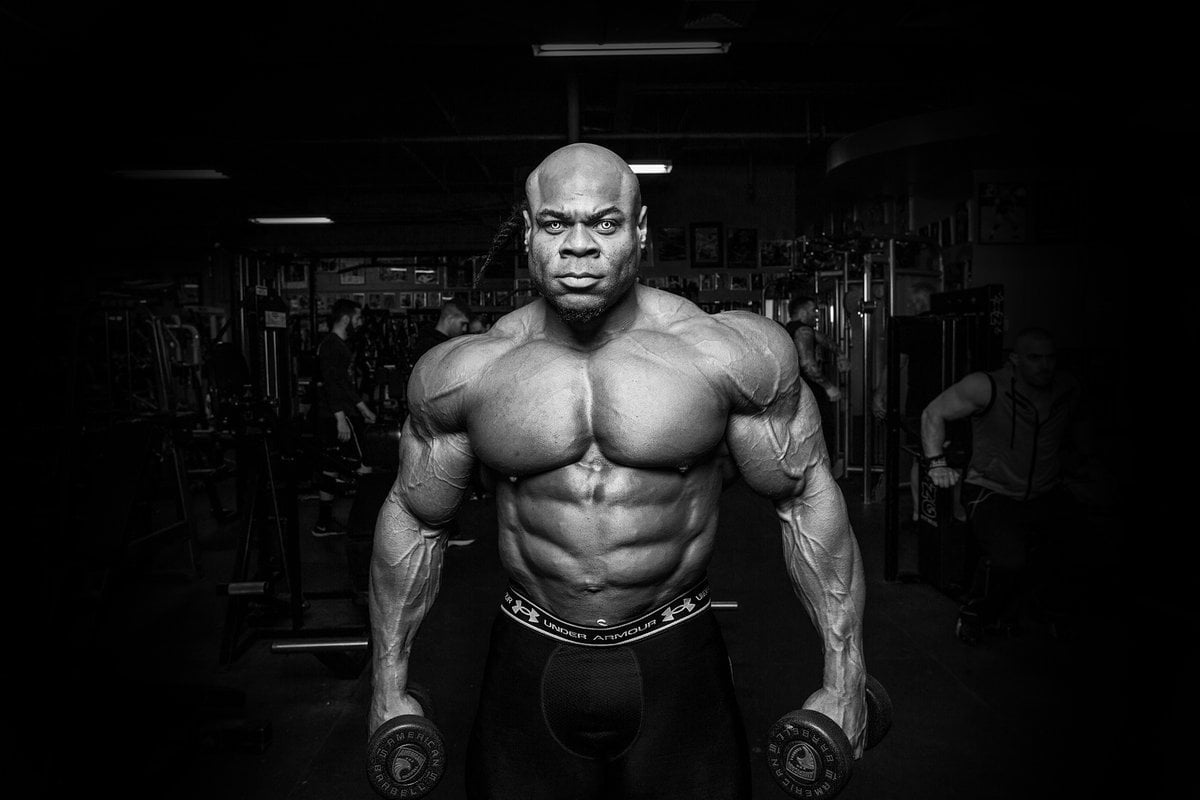 Kai starts every workout with 15 to 20-minutes workout focused on his abs and stretching. He claims that the abdomen is an integral part of every exercise, and it is therefore necessary before the training to “wake up”. Kai, unlike its many bodybuilders colleagues, does not believe in training with heavy weights and a small number of reps. He focuses on training with a high number of reps and lower weights, as he is convinced that this ensures maximum muscle growth through the muscle and mind connection. [4] 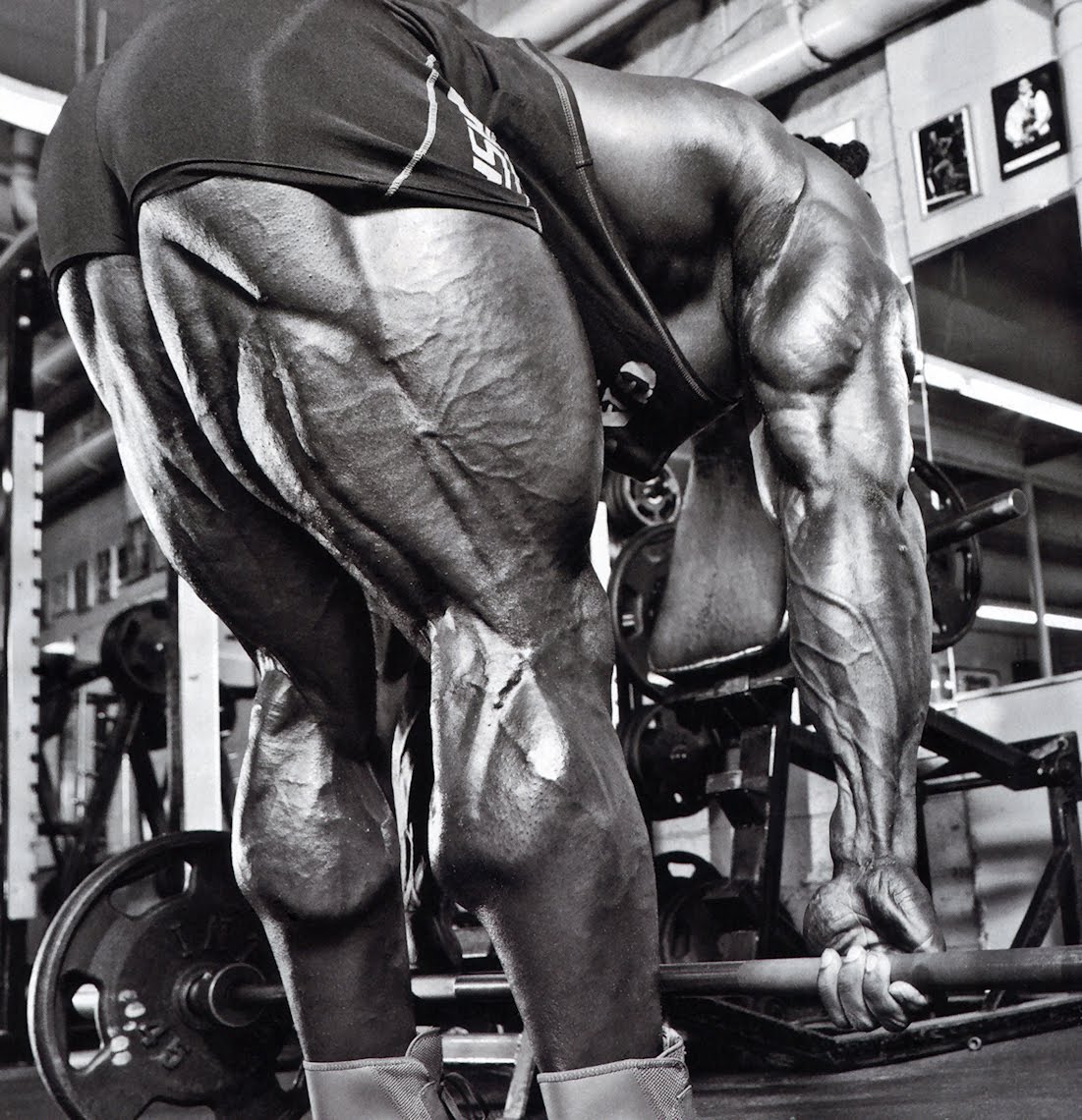 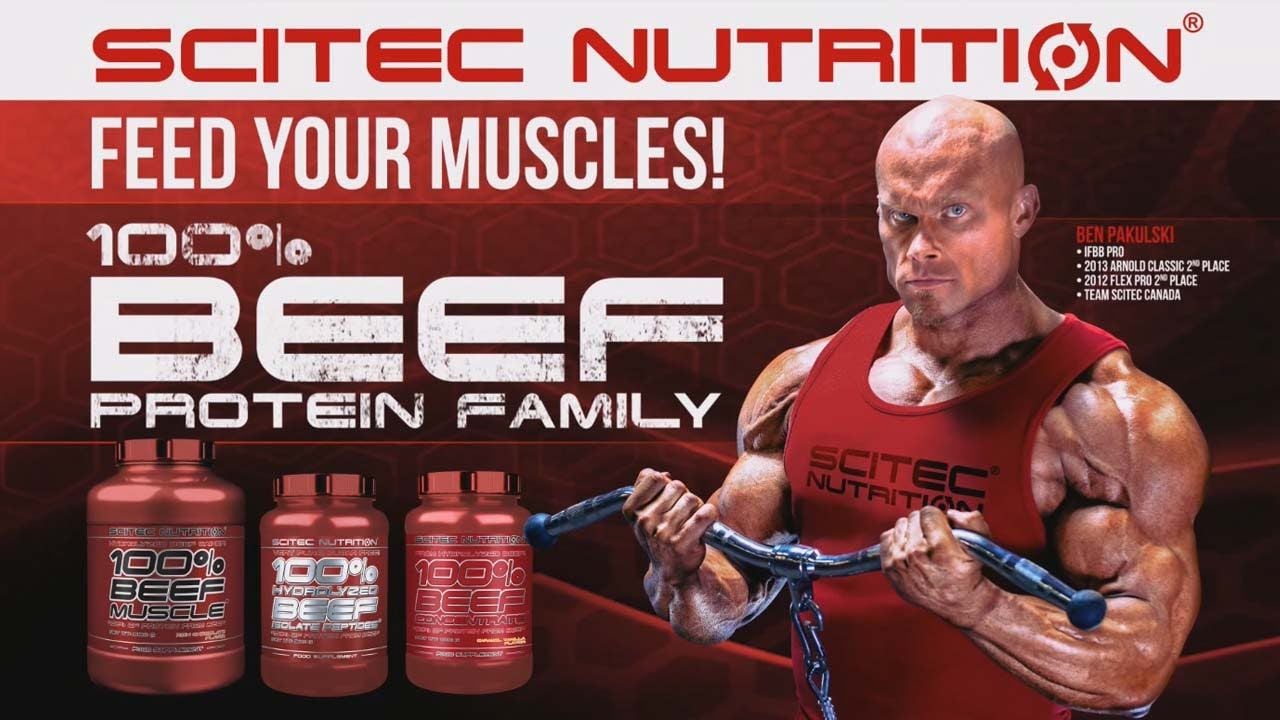 Kai sticks to a strict diet that contains 1.5 g of protein per kilogram of his lean muscle mass and 0.5 g of healthy fat per gram of its body weight. He drinks his protein drink at least 30 minutes before his workout session. He prefers complex carbohydrates that have a lower glycemic index. [5] 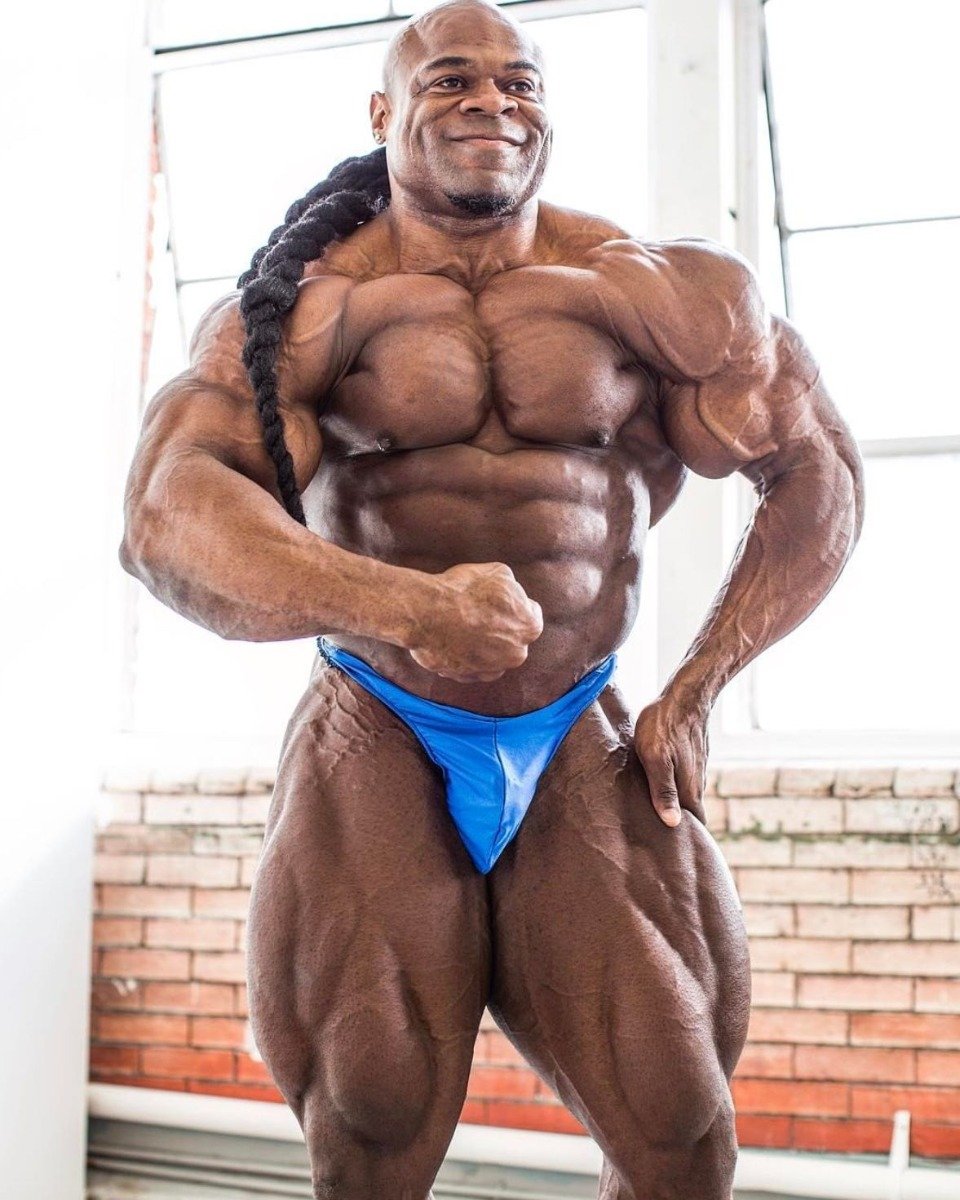 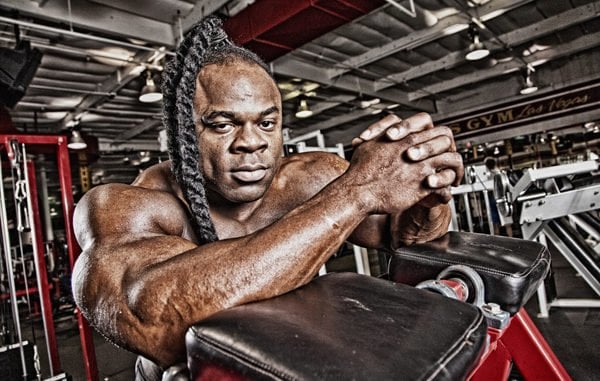 What do you think about Kai Green? Did his training program and meal plan catch your attention? Tell us what you think in a comment section and if you liked this article, support it by sharing.