Dehydrated Meat is one of the light snacks charged with protein. It is suitable for consumption at any time of the day and in addition, if you include it in your diet along with active movement you will also gain immunity. At the same time, it offers many benefits in a small amount - 25 grams of dried meat equals approximately 60 grams of raw meat.

Dehydrated meat and its benefits:

Dehydrated meat by type of meat

Dehydrated chicken meat is most often made from chicken breasts. It is especially popular due to its high protein content and low-fat content. Taste is similar to turkey meat.

Dehydrated beef is the most common and the most widespread form of dried meat. It offers a wide range of flavours and preparations. In addition, in dried form the taste is much more concentrated and distinctive. It is also possible to prepare it at home, but it takes a lot of time. According to the type of processing, we divide beef dried meat into two types: jerky and biltong.

Dehydrated pork meat offers a more delicious taste than, for example, beef dried meat, but is not very suitable for the drying process. That is why it is only available on the market in small quantities. During production, all excess fat is removed first and then it is further processed.

Dehydrated turkey meat is an easily digestible and dietary variant of dried meat. It is particularly popular among people who do not eat red meat.

Dehydrated meat by type of processing

Biltong is the most common form of dried meat processing. This processing is based on drying the meat for a few hours, preferably as a whole. Then the meat is cut, giving it the necessary softness. It is then immersed in hot water with vinegar to prevent mould. Most commonly, the biltong can be found in the form of slices or sticks. The advantage of biltong is the high content of amino acids such as leucine, isoleucine and valine.

Jerky is characterized by being solid, dry and a bit chewy. Almost every meat is suitable for processing in the form of jerky but the most popular are beef, turkey and lamb. Mostly it contains salt and spices. Jerky are slices, not more than 0.5 centimetres thick, 1-2 centimetres wide and 15-20 centimetres long.

Pastirma is a process that is demanding and takes a lot of time. It is dried meat from adult animals. After the drying process, the meat is covered with a 3-5 mm layer called cemen. The cemen is a mixture of garlic, mustard seeds, water and red hot peppers.

In order to meet the best demands of their clients, the producers offer flavoured dried meat with various ingredients. According to the flavour, we can divide the dried meat into:

Flavoured meat which is produced by soaking the meat in the marinade for several hours to obtain a specific flavour and then passing it to a drying process. You can even choose hot or less hot meat. One of the best-known marinades used is the peri-peri flavour.

Natural meat which is most often coated in salt and black pepper. However, this simple combination provides a delicious and distinctive flavour.

Smoked meat which is exposed to smoke, most often from wood that is constantly heated / burned. The more smoke penetrates the meat, the more intense its taste.

Dehydrated meat by type of drying

It is a traditional drying process where the meat is exposed to direct sunlight and natural air circulation. The meat is used to be immersed in a saline solution that protects it from insects and bacteria.

This process is a closed system that is more hygienic, since it does not have negative effects from the outside environment. Solar drying is used more for commercial purposes. Solar drying involves the accumulation of solar energy and the heating of the air by means of solar collectors, which are located in special drying rooms. 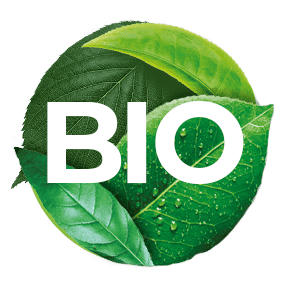