100 % Creatine monohydrate is especially popular among strength-training athletes, HIIT fans, and team sports players. However, it can be used by all active individuals who need speed, explosiveness, and maximum strength. Creatine is able to increase performance during short consecutive bursts of intense exercise. In order to enjoy its benefits, you must take at least 3 g of creatine a day. You can easily achieve this with one serving of the product. 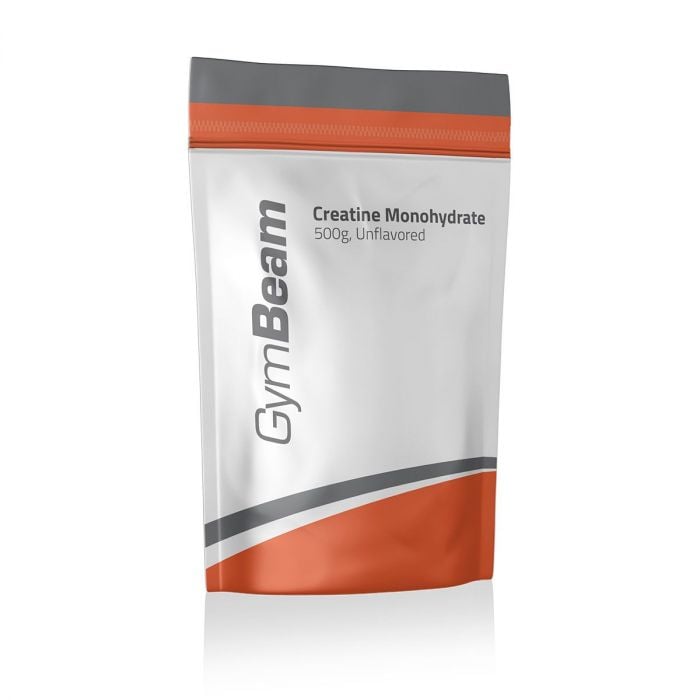 Thanks to its effects, 100 % Creatine Monohydrate is especially popular among strength-training athletes. However, it can also benefit team sports players, HIIT fans, and truly everyone who wants to be faster, stronger, and improve explosiveness. Creatine is one of the most researched nutritional supplements. Thanks to this, we know quite precisely what effects it has and what we can expect from it. Its biggest advantage is the ability to increase performance during short consecutive bursts of intensive exercise. You will appreciate this if you are a bodybuilder during an individual series of exercises. This effect is also beneficial for footballers, hockey players, and other team athletes who need to react quickly and go for the ball or puck in maximum intensity.

Creatine is also naturally found in our bodies. So it is not a dangerous ingredient, as human body is even able to produce it to some extent. However, there's way to increase its amount in the body through foods and nutritional supplements. To give you a better idea - in order to take 5 g of creatine from beef, which is one of its richest sources, it would be necessary to eat 1 kilogram of it. This is also the reason why people prefer to reach for nutritional supplements, which easily replenish the required amount with one serving of soluble mixture.

In order to benefit from the effects of creatine supplementation, you need to take at least 3 g of this substance a day. With one serving of 100 % Creatine Monohydrate, you will easily cover this amount. What's more, it is in the form of a well-soluble powder, which you can drink with water or mix into your favourite drink. If you are considering including a supplement that could increase your performance, then creatine is the best choice. This is supported by the fact that it is one of the most researched nutritional supplements in relation to improving performance. You can consume it for a long time, there is no need to stop taking it after a certain time or cope with cycling.

Do not exceed the recommended daily use. The product is not a substitute for a varied and balanced diet. The product is not intended for children, pregnant, and breastfeeding women. Keep out of reach of small children. Store in a dry place at a temperature up to 25 °C. Protect from frost and direct sunlight.

Questions from customers
1. Question:
Use
Anonymous
Use
Hi there,
Hope you have a nice time,
Please tell me how should I consume it for the first days? It is said that I have to use it more that 10 gr. each day in the first week.
Thanks for your soon reply.