Vitamin C 1000 with gradual release ensures optimal level of vitamin C in all the tissues and applies it’s effect nonstop. Strengthens the immune system, is a great prevention for flu diseases, shortens the duration of colds and other virus-based diseases. It also stimulates the production of collagen, which is important for the right function of bones, joints, ligaments and for sustaining healthy skin, hair, gums, teeth and muscle. 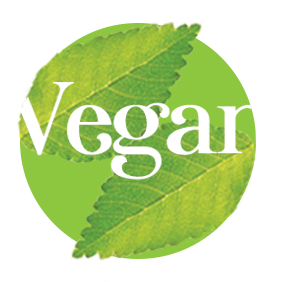 Vitamin C 1000 to support overall health and immune system, but it can also be used as an effective prevention

Vitamin C (Ascorbic acid) is a part of water-soluble vitamins group and therefore, several hours after using, is starting to leave the body in the urine. This is precisely the reason why you need this vitamin every day. Vitamin C with prolonged effect is released gradually over a period of 8 to 12 hours, providing the optimum level in all tissues and its effect is applied continuously. Vitamin C is found naturally in citrus fruits, such as rose hips, lime, lemon, orange, grapefruit, potatoes or tomatoes, peppers, papaya, broccoli, black currant, strawberries, cauliflower, spinach, kiwi and cranberries.

Vitamin C 1000 is a sought-after nutrition for athletes, which helps to maintain immune function during and after intense physical exercise. Supports immunity, effectively prevents influenza-like illness and also, shortens the duration of colds and other viral diseases. In addition, it stimulates the production of collagen, and is therefore ideal for proper function of the bones, joints, ligaments, and for maintaining healthy skin, hair, gums, as well as muscles and teeth. Effective in hardening of blood vessels, veins, and capillaries. It also reduces the risk of varicose veins and prevents blood injuries, reducing the risk of myocardial infarction.

In 1747 a Scottish doctor James Lind tested citrus season on British seamen, which discovered a remedy against scurvy. At a later date. In 1928 the active ingredient of vitamin C was discovered in lemon juice. Ascorbic acid was laboratory isolated for the first time by the Nobel prize winner dr. Albert Szent-Gyorgyi. Another, who was able to synthesize Ascorbic acid was Linus Pauling, who was a carrier two Nobel prizes, the one for peace and the other in chemistry. Both of them lived 93 years long, a lot of people attribute living this long directly to Vitamin C.

Vitamin C and its effects:

Vitamin C is necessary for the metabolism of amino acids, which is involved in the synthesis of collagen. A lack of vitamin C is manifested by the strength of vascular walls, particularly capillaries, increased bleeding problems and also the reduced strength of fibrous structures of the teeth, and the associated loss of teeth. It also supports the absorption of iron, stimulates the production of white blood cells, development of bones, teeth and cartilage.

A lack of vitamin C causes: