BIO Memory Fit is a nootropic in the form of tables, intended for people who want to support memory. It consists of an extract from bacopa, rosemary, ginkgo, and roseroot. Some substances contained are classified as adaptogens that can increase the body's resistance to stress and other external factors. 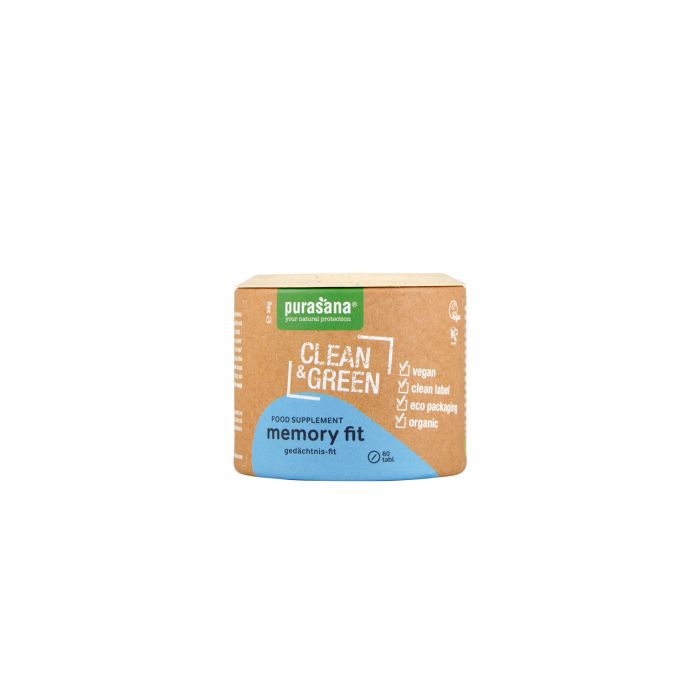 BIO Memory Fit are tablets containing bio extracts from bacopa, rosemary, ginkgo, and roseroot. Each of the components has its own specific effect and together they form an effective combination. Bacopa extract is often mentioned in connection with adaptogenic and nootropic properties, especially the possible effect on memory, learning ability, and concentration. At the same time, this plant is also known for its antioxidant content, just like rosemary. Thanks to the mentioned benefits, bacopa is used by people who are experiencing a period of stress or have a problem with fatigue and concentration. We must not forget the extract of Ginkgo Biloba, which is known for its content of antioxidants, flavonoids, terpenoids, and organic acids. The last ingredient is roseroot extract. Among fans of adaptogens, however, it is better known as the Rhodiola Rosea. As an adaptogen, it can increase the body's resistance to stress and other external influences.

Take 2 tablets daily before meals and drink a large amount of water.

Store in a dry and cool place. Protect from direct sunlight. It does not serve as a substitute for a varied and balanced diet. Do not exceed the recommended daily use. Keep out of reach of children. Talk to your doctor while taking anticoagulants. Do not use during pregnancy or breast-feeding.