ABE Ultimate Pre-Workout Gel is a gel form stimulant that will help you get the most out of your workout. The product contains creatine, which can increase performance during short-term consecutive intervals of intense training. What's more, it also contains beta-alanine, caffeine, taurine, and vitamins B3 and B12. 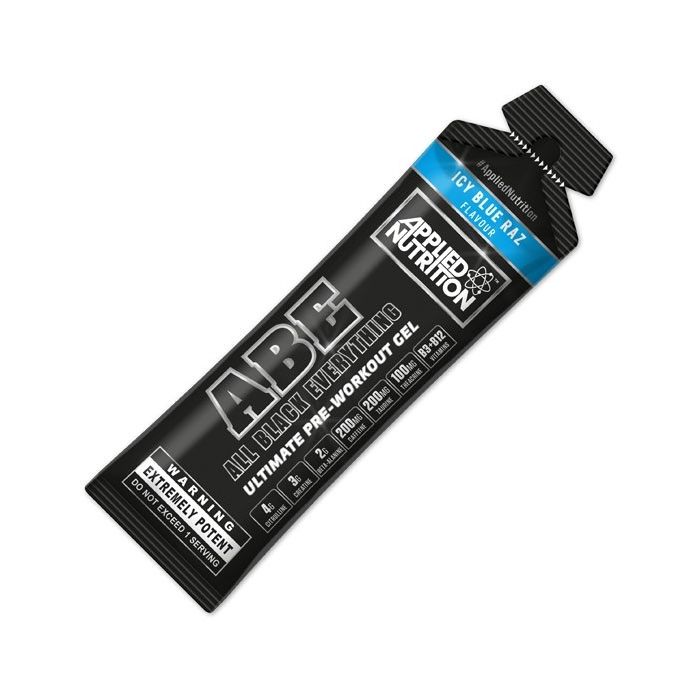 ABE Ultimate Pre-Workout Gel is a stimulant designed for all athletes who want to get the maximum out of their workout. It contains taurine, which is a common part of energy drinks, as well as caffeine. You will also appreciate its creatine content during training. It has the ability to increase performance during short-term consecutive sessions of intensive training. The product also contains theacrine, beta-alanine, and citrulline malate, which is a non-essential amino acid supporting nitric oxide production. This ultimately allows a greater supply of nutrients and oxygen to the active muscles, which can have a positive effect on your sports performance.

The contained vitamin B3 contributes to the normal metabolism important for the production of energy, the normal function of the nervous system and the psyche, and the reduction of fatigue and exhaustion. Vitamin B12 also plays a role in the gel, which also has an effect on the normal metabolism, function of the nervous system, and reduction of fatigue or exhaustion. In addition, it contributes to the proper metabolism of homocysteine, the formation of red blood cells and also plays a role in the process of cell division. The supplement is in the form of a practical gel, which is easy to consume straight from the tube, and is also suitable for vegans.

Consume 1 tube 15 minutes before exercise, ideally on an empty stomach. Do not consume more than 1 tube per day. ABE energy gels do not need to be consumed with water to be effective. Make sure you are constantly hydrated.

Do not use it as a substitute for a varied diet. This product is not intended for children under 16, pregnant and lactating women. Store in a dry and cool place. Suitable for vegans. High caffeine content - 200 mg.