0%
0% (0)
Manufacturer: Gymbeam
TMG - Trimethylglycine is also known under the name betaine. It is an active metabolite of choline, which ranks among nootropics. This is a group of substances used to improve concentration and mental performance. TMG is used mainly in the pursuit of better sports performance due to its mechanism of action.
In stock 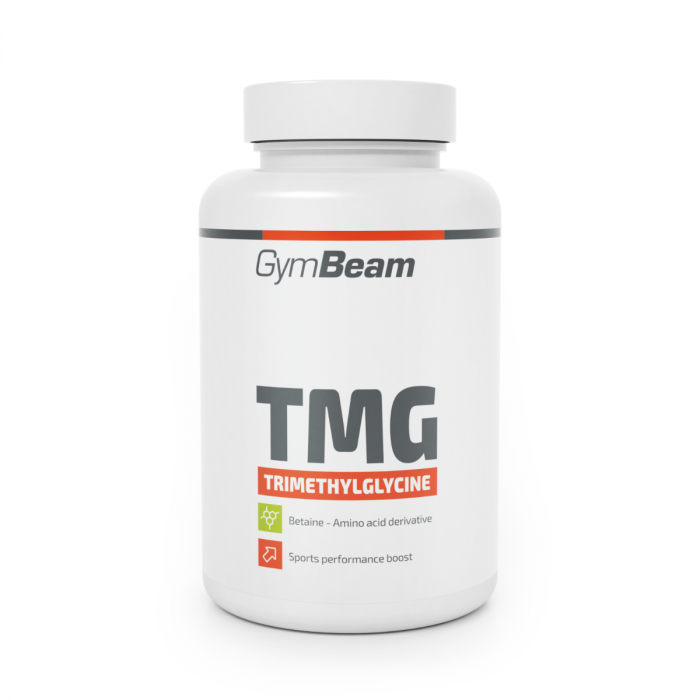 TMG - Trimethylglycine is also known under the name betaine and is an active metabolite of choline, which belongs to nootropics. The latter are substances used to improve concentration and mental performance. However, betaine is also naturally found in beetroot and is most often associated with performance enhancing effects. This may be related to its potential to dampen the increase in blood lactate levels. It is therefore quite popular among both strength and endurance athletes.

TMG also acts as a methyl donor, as it is capable of donating a methyl group to reduce cysteine into methionine. The latter is an important amino acid that is found in cartilage, nails or hair. This makes it also popular among people who want to take care of their musculoskeletal system. Similarly, TMG can help increase the levels of S-adenosylmethionine (SAM-e), a compound that can play a role even in the issue of joint health. This is also one of the ways that TMG can help improve performance. Last but not least, betaine is also involved in the hydration of cells in the body.

Therefore, if you would like to make the most for supporting your sports performance or to take care of your musculoskeletal system, then TMG - Trimethylglycine is a great choice. In addition, it does not contain any animal components, so it is suitable even for athletes who prefer a plant-based diet.

Dietary supplement. Do not exceed the recommended daily serving amount. Product is not a substitute for a varied and balanced diet. The product is not suitable for children and pregnant or nursing women. Keep out of reach of children. Store in a dry place away from direct sunlight and at room temperature. Allergen information: May contain traces of gluten, soy, and milk.