XBEAM Energy Caps are a dietary supplement in capsule form that is packed with carefully selected ingredients, thanks to which the game never ends. These capsules contain 13 active ingredients, which are sough-after by all the players in the world of e-sports in order to promote gaming performance. The ingredient profile of this supplement is further enriched by adaptogens, which can help better manage the tense moments during stressful online matches. Therefore, these capsules will serve you greatly on your way to victory during each and every game. 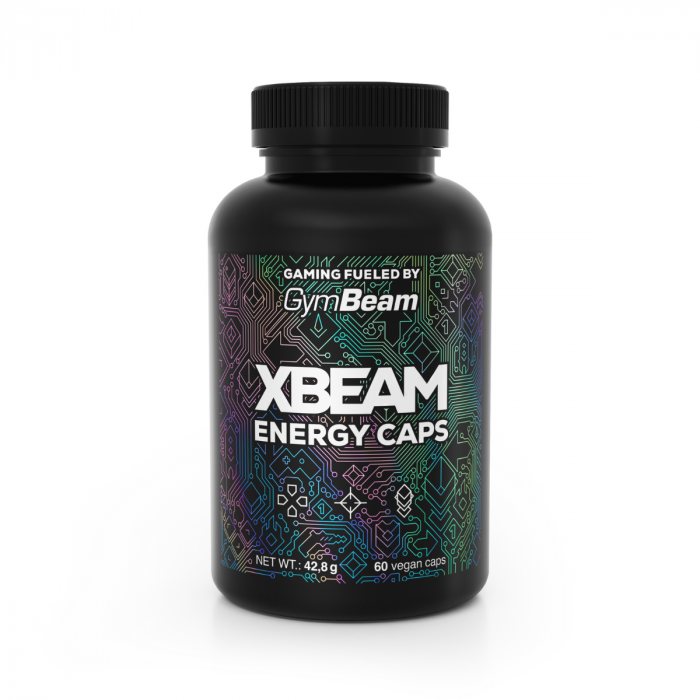 XBEAM Energy Caps are a functional dietary supplement in capsule form that contains 13 carefully selected ingredients. These are sought-after by players in the world of e-sports and others with the aim of boosting their gaming performance to the max. The first ingredient we are going to mention is an extract from Bacopa, also known as Brahmi, which, together with acetyl L-carnitine, rank among nootropics. These substances are associated with improving memory, thinking and concentration, which are the key mental processes that can decide the course of each online match. While on your campaign for victory, you will also appreciate the fact that Bacopa, along with the included ashwaganda and rhodiola rosea root extract (Rhodiola rosea) belong to a group called adaptogens. These substances help better manage stress, adapt to it easier, and thus increase the body's overall resilience. This can help you keep a cool head during intense gaming situations that have an effect on the overall score. No matter if its team fights in League of Legends, quick shoot-outs in Call of Duty, adrenaline-fueled races in F1 or a chase for that game wining goal in FIFA.

The overall ingredient profile is additionally complemented by 100 mg of caffeine. This is approximately a dose that surpasses the classic espresso by volume. In addition, caffeine is one of the most popular stimulants that can boost your energy and sharpen your senses, no matter the e-sports game you are engaged in. At the same time, it also affects the reaction speed, which allows you to easily strike a decisive blow. Next we have L-Theanine, which acts synergistically with caffeine and also ranks among nootropics. Its presence will ensure the gradual onset of the effects of caffeine, which is sure to be appreciated by all the players who are more sensitive to this stimulant. The effective formula of active ingredients is also enriched by phosphatidylserine that is sought-after in order to promote cognitive functions, which can be decisive in the world of e-sports.

In addition to the aforementioned, this also includes attention, perception, and problem-solving skills. Thus, these are qualities that will be appreciated by all the fans of tactical or RTS games.  What's more, phosphatidylserine is one of the most important structural components of nerve cell membranes that are involved in transmitting signals throughout the body. The quality and speed of these transmissions then also affects the aforementioned reaction speed, which is one of the TOP abilities of the best e-sports players. However, we should also not forget about citicoline, which is one of the best sources of choline. This substance plays an indispensable role in the synthesis of acetylcholine neurotransmitters, which are essential for optimal brain functions, including concentration or memory formation. It can thus help you not only stay focused during every match, but also better remember your mistakes, from which you can then learn and fine-tune your playstyle.

That said, the ingredient profile of the XBEAM Energy Caps also takes into consideration the vitality of players, which can be improved by the European blueberry extract. It contains anthocyanins, which are strong antioxidants that potentially have a beneficial effect on eyesight. The eyes are often under heavy strain during long gaming sessions, and so it is necessary to give them special care. The European blueberry extract together with ginkgo biloba boast an excellent content of active substances called flavonoids, which rank among the most effective natural antioxidants. They are able to fight against the harmful free radicals that can attack and damage cells. Furthermore, the included vitamins B3 and B12 promote the overall health of the eAthletes, as they contribute to reducing exhaustion and fatigue.

In addition, vitamin B12 has a positive effect on the immune system and metabolism, which is important for energy production. Thanks to this, nothing will take you out of the game, and you can thus fully concentrate on your performance and take the leaderboards by storm. Apart from this, vitamin B12 also supports mental wellbeing as well as the nervous system, which is responsible, for example, for controlling your movements, and its optimal functioning can do even more to improve your reaction time in matches. Last but not least, the ingredient profile also includes BioPerine®, which boosts the absorption rate of all the included ingredients.

The XBEAM Energy Caps is therefore a complex supplement that was developed to greatly improve the abilities of all players. It helps increase their ranking on the leaderboards, no matter if the player is a professional eAthlete or a gaming enthusiast. In addition, the capsules are easy to swallow and are also perfectly suitable for vegans. That said, not only online players can benefit from their effects. They can also help energize the fans of single-player games, who would like to sit back after a long day and enjoy their favourite title. 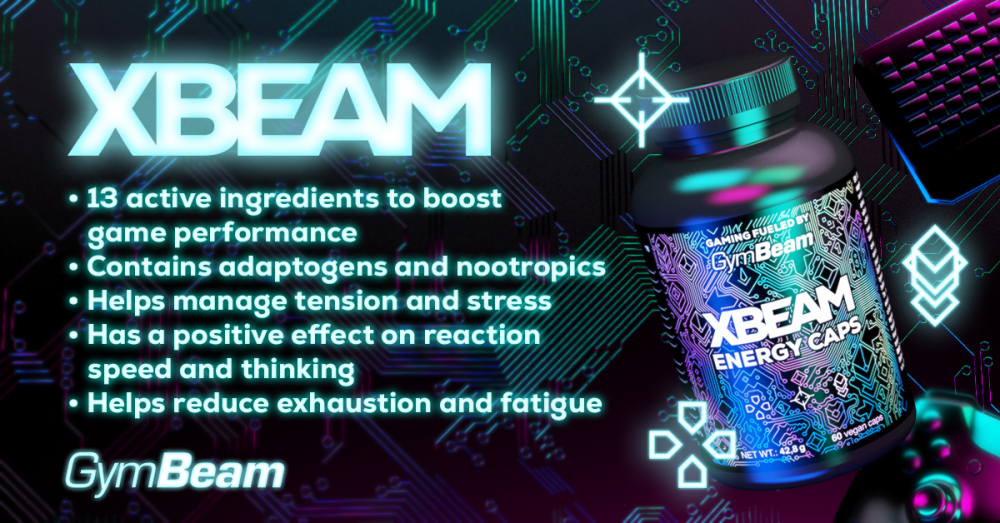 Take 2 capsules before or while playing.