L-Lysine 500 mg Vegan Caps are capsules containing the essential amino acid lysine with a vegan composition. Lysine is a building block of proteins that contribute to the growth and maintenance of muscle mass. As an essential amino acid, the body cannot produce it on its own, so you have to take lysine from foods or supplements. 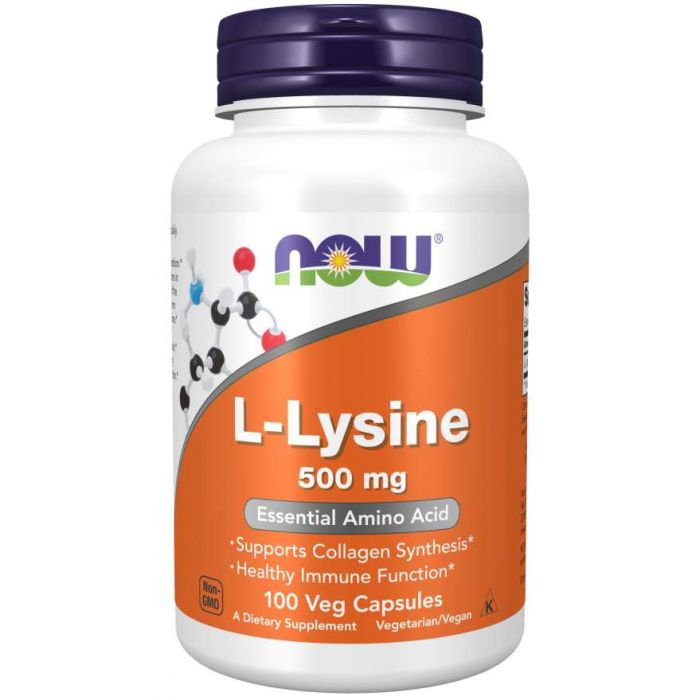 L-Lysine 500 mg Vegan caps is a source of the essential amino acid lysine in the form of capsules with a vegan composition. One of its key features is that it plays an important role in the process of the production of protein that supports the growth and maintenance of muscle mass, as well as bone health. The human body cannot produce it on its own, so it is necessary to supplement it with suitable foods or supplements. Lysine is also a precursor of carnitine, which is needed for fat metabolism and energy production. It also plays an important role during the synthesis of collagen, which can have a positive effect on the health of joints as well as the skin.

The product is intended for adults. Consult your doctor if you are pregnant / breast-feeding woman, taking medication or have any health problems. Keep out of reach of children.

Once opened, store in a cool, dry place.

Allergen Warning: Not made from wheat, gluten, soy, milk, eggs, fish, shellfish or tree nuts. It is produced in a GMP plant that processes other ingredients containing these allergens.