Ginkgo Biloba 120 is a natural extract obtained from Ginkgo tree leaves that are a perfect source of antioxidants, flavonoids, and organic acids. These support the organism's health and protect the cells against oxidative stress caused by free radicals. 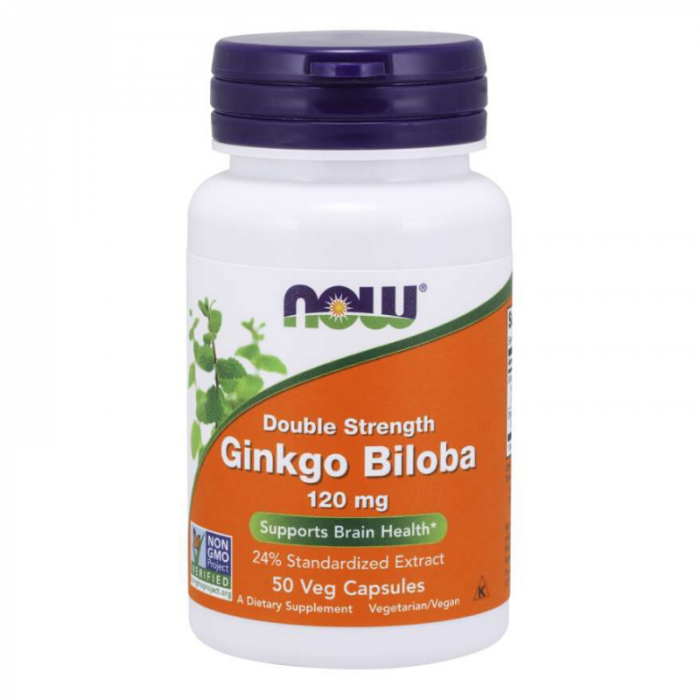 Ginkgo Biloba 120 in a vegan capsule form is a natural extract obtained from Ginkgo tree leaves which are a perfect source of antioxidants, flavonoids, and organic acids. These support the organism's health and protect cells against oxidative stress caused by free radicals. The beneficial effects of Ginkgo Biloba are known for centuries and have long-term medical usage. Ginkgo, therefore, belongs to the popular nutritional supplements and is most used during stressful times. This supplement also contains organic Eleuthero, better known as Siberian ginseng. That fulfills a function of adaptogen thanks to which it helps to gain back a physical balance.

Ginkgo Biloba 120 and its advantages

Use 1 capsule daily, preferably with food.

Not made of wheat, gluten, soy, milk, eggs, fish, shellfish or tree nuts. It is made in a GMP facility that works with substances that contain the above-mentioned allergens. Not suitable for pregnant or breastfeeding women. Store out of reach of children. This product may naturally change its capsule color. When opened, store in a dry and cold place.